Tech giant Apple has scrapped dozens of apps for online casinos and betting from the App Store, at the behest of Dutch gambling authority Kansspelautoriteit (KSA). 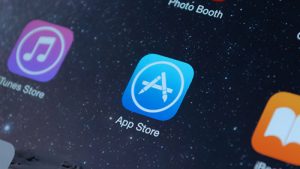 The gambling regulator said 55 apps, including those from companies such as Unibet and Bwin, are no longer available for download by Dutch accounts.

“One of the app stores heeded the request of the Gaming Authority and deleted initially 49 and later six so-called real-money gambling apps,” the KSA announced on its website.

The apps were not available via Google.

According to the Dutch gambling authority, companies like Unibet and Bwin are banned by law from operating in the Dutch market, which means that they cannot provide apps for Dutch smartphones.

KSA put in a request to Apple back in May to remove the apps, noting that it has already made a warning in spring that “online gambling is still not allowed” in the Dutch market, especially during sporting events like the European Football Championship.

Last year, the Dutch Gambling Authority boosted the minimum fine for unauthorized online gambling activity by €50,000 to €150,000. The KSA has fined at least six operators over the past three years, with individual fines ranging as high as €200,000. However, only three of these fines have actually been collected, as the operators in question have indicated that they intend to apply for Dutch online licenses once the country’s politicians get around to approving their long-delayed Remote Gaming Bill.

Among the operators who have earned the KSA’s ire were UK-based Total E Soft Limited and XKL Limited, which were collectively hit with a €180,000 fine for operating a total of 14 Dutch-facing casino, poker and sports betting sites. The KSA said the sites were written in the Dutch language and made liberal use of the Netherlands’ flag in their visual layout.

The Dutch government is currently working on new legislation which will legalize gambling apps for companies with a license to operate in the Netherlands. The legislation opening up the Dutch state monopoly to the private sector is currently being processed in the upper house of parliament, but the change is expected to come before 2018.