Bitcoin gambling is making waves recently as one of the most secure ways of playing online—not only because it offers low stakes, instant deposits and withdrawals, but also because it offers players security and anonymity. 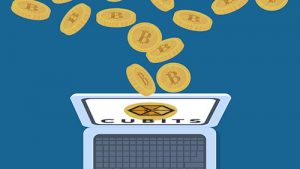 However, one issue that bitcoin casinos face is the lack of a clear-cut method for payment and currency exchange. Yes, there is a wide variety of wallets and exchanges where online casino players can convert their money into digital currency, but it’s only recently that a platform—one that can be completely integrated into the framework of a casino—has been developed.

Cubits, a London-based start-up, came out with what it described as an “all-encompassing payment platform,” which allows both merchants and customers to make and receive payments.

This platform was recently integrated by European bitcoin casino BetChain, which allows players to make deposits in euros, play in bitcoin, and then withdraw their winnings in euros if they want.

BetChain is also known for its Provably Fair systems. Based on cryptographic hash functions, this technology used in bitcoin gambling makes it impossible for a player or casino to cheat. Suspicious plays can be checked using a Bitcoin cryptographic has function, proving the results are indeed calculated properly and fairly, according to BetChain.

“Data is converted into a hash string, which can be verified with an algorithm. If there was any interference in the game or any error in the payout, the hash will not be verified. As a player you can check the result of any bet yourself,” the company explained on its website.

Will India cause a spike in bitcoin price?

Bitcoin has been on a rise recently—a piece of good news for bitcoin enthusiasts.

There are many factors behind bitcoin’s success, especially in Asia, such as Chinese investors’ fear of devaluating yuan, but it appears that India is rising through the cryptocurrency ranks.

Experts believe bitcoin will soon play a huge role in India’s remittance industry, which receives an estimated $70 billion annually. The government recently scrapped its mobile banking plan after realizing that the consumers on the street are not interested in it, opening the door wider for bitcoin introduction in India.