Home / Business / Kenya fears bitcoin is a threat to economic stability, but Japan begs to differ 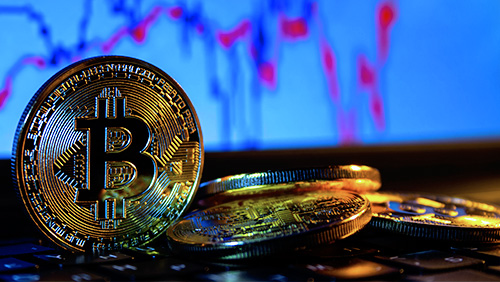 Bitcoin’s unregulated nature is a threat to Kenya’s economic stability, according to the country’s central bank.

The Central Bank of Kenya recently placed advertisements to warn residents against using the popular digital currency, saying that cryptocurrency products like bitcoin is “not legal tender in Kenya and therefore no protection exists in the event that the platform that exchanges or holds the virtual currency fails or go out of business.”

Kenya isn’t the first country to be wary of digital currency. We have Russia, which remains undecided if it wants to criminalize bitcoin-related activities or not. In Kenya’s case, however, the central bank appears to be miffed with the idea that bitcoin are unregulated at the moment—meaning it doesn’t have any jurisdiction over its use in the country.

Well, Kenya could learn a thing or two from its Japanese counterpart.

Unlike the Central Bank of Kenya, the Bank of Japan doesn’t see bitcoin and other financial technology innovation being a threat to fiat currencies. In fact, a Bank of Japan senior official even said that other central banks might want to keep an eye out on developments in the fintech sector.

Bank of Japan senior official Hiromi Yamaoka told Reuters: “Fintech is an area with potential to revitalize Japan’s economy. That’s why policymakers want to work hand in hand with the private sector.”

vDice, a decentralized gambling game powered by the ethereum blockchain, is scheduled to start an initial coin offering (ICO) to allow investors to take part in the project.

From Nov. 15 until Dec. 15, traders will be given a chance to contribute their ether in exchange for the ‘vSlice’ token, which will be used to “regularly distribute profits of the vDice game to token holders.” Each token is directly tied to the profits of the game, according to vDice.

vDice is a live, working Dapp and is already processing bets.

The price of bitcoin rose to $613.04 during early Friday morning’s trading, with a trade volume of $10.25 million.