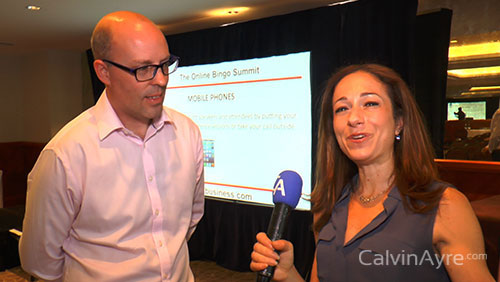 In this interview, Luke Brynley-Jones of OST tells CalvinAyre.com’s Rebecca Liggero what bingo operators should do for them to be able to tap the full potential of social media.

There’s no denying that social media has become a powerful and most prominently used tool that has made the lives of billions of people easier. Distances between two friends living at the opposite side of the world narrow thanks to social media.

For businessmen, the social media has become a virtual market where they can easily trade their products and services, collate ideas for a big project, or even socialize with their business partners. Using Facebook alone will help businesses reach over 2 billion people around the world.

But despite its availability and easy access, bingo operators fumbles in tapping the full potential of social media as a marketing and market research platform. For Luke Brynley-Jones of OST, the problem lies within Bingo operators’ social media strategy.

Brynley-Jones pointed out that bingo operators tend to stick on to its archaic social media marketing formula, which focuses more on the return of investments, getting the right traffic through the sites, and getting gamers involved.

“Social media isn’t about that. It’s very much about starting the engagement off, getting that light touch connection, and repeating that until the people are ready and they trust you enough to get involved in your games. So, that’s the part the industry needs to focus on,” Brynley-Jones told CalvinAyre.com.

He also noted that the social media strategies of bingo operators tend to become “too heavily branded for organizations.

“Often, the quality of the content is not good enough, there no investment put into that. I think brands are a bit too campaign led,” he said. “So they are assuming that social media can just roll out their campaign content when actually, social media needs to have its own strategy, its own content, and its own metrics.”

He also noted that Bingo operators should focus on single-target audiences.