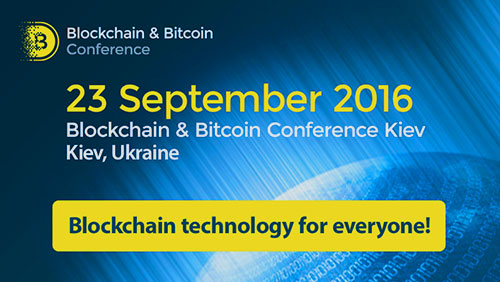 Separate sections of PRO stream will be devoted to the blockchain technology in Fintech and government control.

Representatives of IBM, Ambisafe, Bitcoin Suisse AG and other foreign companies will share their experiences with financiers, traders and IT developers.

This will concern the future of stock trading, the evolution of financial markets, investments, mining, as well as the legislative regulation of the digital currencies in different countries.

A lead engineer at IBM will talk about the architecture of the world famous project “Hyperledger”, which involves systems of smart contracts allowing companies to create their own projects on the basis of blockchain.

The developers of the revolutionary projects for Ukraine – e-Auction and e-Vox – will talk about their capabilities and implementation process.

e-Auction 3.0 is a system of electronic auctions on the basis of blockchain, eliminating corruption during renting or selling the state property. The service has already been tested in Odesa, Kherson and Bila Tserkva.

e-Vox is a voting system based on blockchain, which solves the problem of falsification during vote counting. The project has been estimated at the profile contest in Odessa. Today, it is under further development.

The speakers will talk about capabilities of the chain of blocks and smart contracts as a tool for the establishment of e-democracy and the fight against corrupt management.