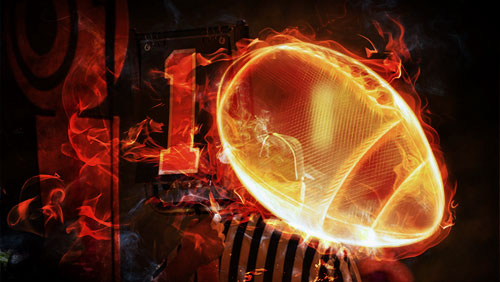 SportsLine’s experts have 11 total picks in for the Monday Night Football doubleheader, which will give cappers who bet alongside them plenty to sweat.

“Last year, I wrote a Monday Night Football picks column for SportsLine and went on an unbelievable run,” Kostos, whose nickname comes courtesy of wrestler Rob Van Dam, said. “My nickname fits and people dig it. I’m just hoping my 5-0 run ATS in the NFL doesn’t mean I’m mathematically doomed to regress to the mean tonight.”

Kostos was 12-3-2 in against the spread picks last season on Monday night and will look to make it 7-0 on the week with Washington vs. Pittsburgh and San Francisco vs. Los Angeles.

Dave Richard, who went 2-0 on Sunday, both in money line bets, is looking to make it 3-0 on the week with a Monday Night Football bet on the 49ers vs. Rams.

“I’ve never had consistent success picking against the spread,” Richard said of his penchant for money line bets. “If I am confident in a winner, I’ll pick them, ignoring the money line. The process I go through to pick the teams I’m most confident in deals with individual player projections and what I think about each team’s defense and offensive line. Basically, I just take what I think is going to happen, pick a winner, and the ones I like the best I pick.”

SportsLine editor Larry Hartstein nailed his picks on Sunday, going 5-1 in six against the spread picks. Hartstein, who went 4-1 on Super Bowl props last season, has an over-under pick in the 49ers vs. Rams game on Monday Night Football.

A paid subscription to SportsLine is $9.99 per month, making it affordable for any sports enthusiast. SportsLine also offers free daily fantasy sports cheat sheets and lineup recommendations for sites like FanDuel and DraftKings.

SportsLine is owned by CBS Interactive, whose family of brands includes CBSSports.com, CBS All Access, 247Sports, CNET, and TVGuide.com.