How To Turn Bitcoin Into a Bona Fide Money

At present, Bitcoin is a good way to transfer money, trade and speculate on the value of money, and store money. It is not itself a money, not yet. If we want it to be a money, here’s what we need to do. First, a bit of background.

Here’s an exercise. Hold a dollar bill in your hand, or $5 or $10 or whatever, or a euro, or a £5 note. Think about what you’re holding, and think about why it has value. Hard money libertarian types often like to say things like “The Dollar has no intrinsic value,” and that’s kind of true. But let’s sharpen that statement and try to figure out where exactly whatever value fiat money has, comes from. Certainly it has some kind of value, but from where does that value stem? 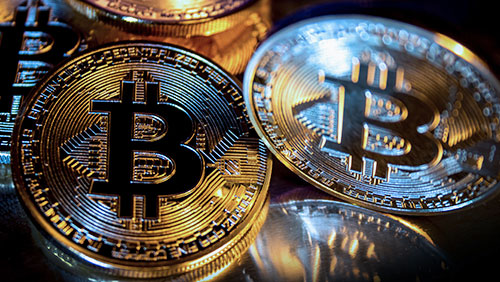 At bottom, a dollar or euro or pound has value because we must pay taxes in those currency units to our respective governments, or we will go to prison. People within a given government jurisdiction use the money that their government accepts in payment of taxes. Flowing from that, the fiat money is able to be used in payment of any debt, which makes it a money. If someone does not wish to accept it and would rather be paid in gold or bitcoin, assuming this is a legal transaction where the authorities can be called upon, he will be forced to accept payment in fiat money or go to prison. The academic way to say this while hiding the violent implications of force is the term “legal tender”. If we take this to its logical conclusion, if any person refuses to pay taxes in the required fiat currency or refuses to accept a payment in fiat currency and decides to actively resist going to prison, he could even be killed, depending on how he decides to fight back the authorities trying to detain him. This is of course a very bad idea.

The value of any fiat currency, therefore, stems from the desire of the average human being not to be imprisoned. So hold that dollar bill in your hand again now, or the euro or the pound. You are holding in your hand the implicit government threat to imprison you or, if you’re crazy enough to fight back, even kill you. The value of a dollar therefore is extrinsic. It is always based on an implicit threat against you outside the body of the paper itself.

Why don’t governments allow payment of taxes in something with a free market value then? A free market value meaning a value that is decided upon based on the free actions and choices of individuals, rather than threats of violence? This would include gold, silver, bitcoin or anything else with a free market value, all of which are freely traded and are not backed by any threats. The answer is that if government accepted anything with a free market value in payment of taxes, they would lose the monopoly on the money supply. All monies accepted in taxes would circulate. Governments would then not be able to print money to finance their spending. Well, they technically would but it would lose its value very quickly. They would suddenly have to be prudent with money, the supply of which they would no longer absolutely control. They would have to spend a lot less and actually cut their budgets.

At the core of all government power to do absolutely anything is its power to restrict monetary freedom. If we want more freedom and less regulation in our lives, the single most effective legislation to lobby for would be the freedom to pay taxes in something—anything at all really—as long as it has a free market value. There is one caveat to this, and that is that anything accepted in payment of taxes will circulate in an economy provided it is not pinned by legislation at a fixed exchange rate with government fiat currency. If, for example, the US government were to accept bitcoin in payment of taxes at a fixed rate of $600 to 1BTC forever, it wouldn’t accomplish anything in terms of monetary freedom because it would negate the free market price. Bitcoin would eventually disappear into hordes when it exceeds $600 on the free market and only dollars would circulate. This Gresham’s Law in the flesh.

From here we can discuss how to make bitcoin money. As long as bitcoin is not payable in taxes, governments will do everything they can to prevent it from circulating. Right now bitcoin is only a good that enables transfer of fiat currency very cheaply. That makes it useful and gives it value, but does not make it a money. People say bitcoin is anonymous, which in a sense is true, but its anonymity is a double-edged sword. Governments can and do use that anonymity to set traps for people using bitcoin to circumvent regulations.

Bitcoin is a primarily a tool for speculators and a good way to transfer money without banks. Even stores that accept bitcoin in payment on the retail level typically immediately convert it right back into fiat currency. Is it possible for bitcoin to circulate as a money globally? It can get close, but can’t get all the way there without it being payable in taxes. The more retailers store bitcoin as bitcoin and keep it in the blockchain before converting it back into fiat, the more valuable bitcoin will become as a speculative asset or good for transferring fiat currency. But at some point somewhere, someone will have to peek his head out and convert it back to fiat in order to pay taxes.

Governments are already allying themselves with bitcoin wallets. There is already something called the Blockchain Alliance where bitcoin services tell governments who you are, what you’re doing, and whether it’s legal or not. The more bitcoin circulates as bitcoin within the blockchain before being converted back into fiat, the more valuable it gets, the more governments will insist on looking into these wallets. The deeper into debt governments become, the more desperate they will become to tax everything. Just look at what happened to Apple. Wallets will be split into white (legal) and black (illegal) and governments will try to infiltrate any illegal wallet services to hack them, destroy them, and confiscate the bitcoins, using the very anonymity that makes bitcoin popular in the first place.

If we want bitcoin to circulate as money, we must begin a movement to lobby our legislatures to have it be payable in taxes at the going market rate. Is there a chance of this happening? Well, governments are generally unreliable, but they can be counted on for one thing: Government officials do not understand economics. If enough support can be gathered globally to get this effort off the ground, perhaps some governments can be convinced to accept bitcoin in taxes without even being aware that doing so will rob them of their most important power, and give us monetary freedom.