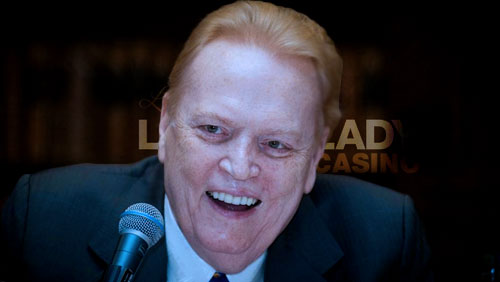 The Hustler adult entertainment founder has been slapped with a four-count lawsuit accusing him of ripping off the name “Lucky Lady” for his newly opened casino in California.

Gaming company Isle of Capri Casinos Inc. claimed that it had warned Flynt’s team against using “Lady Luck” and “Lucky Lady”—which the company owns numerous trademarks for—back in 2014, prompting the businessman’s team to pull out the “intent-to-use” application they filed for Larry Flynt’s Lucky Lady Casino.

This July, however, Flynt began using “Lucky Lady” for his California casino, the company said in its complaint filed in Los Angeles federal court.

Isle of Capri Casinos said it started using “lady luck” for casino services in 1967, while “lucky lady” has been used for slot machines since 1988. The company operates 14 casino properties in Colorado, Florida, Iowa, Louisiana, Mississippi, Missouri, and Pennsylvania. The company claimed that Flynt’s use of the name at his casino is likely to confuse customers.

“The lewd and suggestive nature of defendants’ use of the mark and the perceived association with defendants’ strip clubs and publications will cause irreparable harm to Isle of Capri,” the lawsuit said, according to Reuters.

Aside from forbidding Flynt from using the names, Isle of Capri is also asking the court to destroy all physical or online signage with the marks and award the company with unspecified damages.

Flynt’s Gardena casino, which opened in July, has already drawn the ire of local prudes.

Members of the Gardena City Council reportedly wanted the businessman to come up with a sign that’s a “little more tasteful” than a cartoon woman wearing a low-cut dress, sitting astride the two upturned stems of the “Y” in the word Lucky. The offended council members claimed the image is demeaning to women and that it shouldn’t be the first thing visitors to Gardena encounter as they enter the city from the east.