Deep division among lawmakers over gambling has sent a lottery legislation in Alabama straight to the trash bin. 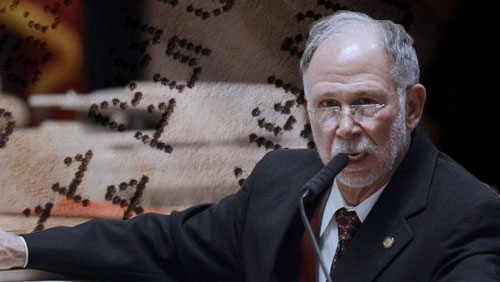 News website Al.com reported that the Alabama Senate thumbed down a procedure that would have allowed a vote on a proposed lottery bill sponsored by State Sen. Jim McClendon.

The lottery bill needed at least 21 votes to pass the Senate since the Alabama constitution requires that three-fifths of legislators would have to approve any gambling legislation. During Thursday’s special session, legislators voted 20 to 11 rejecting  a cloture motion to stop the debate on the lottery.

Alabama is one of six states – along with Mississippi, Utah, Alaska, Hawaii, and Nevada – without a state lottery. Then governor Don Siegelman tried but failed to sway senators to approve a proposed lottery bill in 1999. Recently, Gov. Robert Bentley has revived plans to bring lottery to Alabama especially since the state’s cash-strapped Medicaid program needs other sources of funding.

Bentley has projected a $225 million revenue from lottery alone while McClendon is expecting that the machine bill will raise more than $400 million.

But Alabama senators know that the lottery bill is doomed to fail even before the special session – which Bentley has called for – begins. The Senators were divided over whether to allow slot machine-type games at state dog tracks, and a handful were staunchly opposed to gambling.

“This is a razor-thin vote because you have a percentage of that body that – I don’t care what it looks like – if it says lottery, it’s no. I get that. You do have others, another percentage, that it’s whether the gaming is included and if the gaming is included, who gets it,” Senate President Pro Tem Del Marsh said, according to The Associated Press.

Senators debated one version of a lottery bill for several hours before giving up for the day and moving on to unrelated legislation.

“The single biggest issue is there is no perfect lottery bill that everyone can agree upon all the elements,” McClendon pointed out.

But all is not lost for lottery proponents, according to McClendon, as a similar bill, which has been proposed by Bentley, will be up for a vote this Friday.

Unlike his lottery bill, McClendon said that the Bentley proposal is “simpler” and will not include lottery machines at dog tracks and other specific location.

“We’ll see what will happen with that bill,” McClendon said.