Finally, the cat is out of the bag. 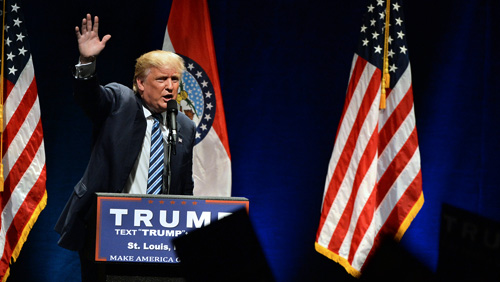 It would be recalled that the State of New Jersey sued Trump for his $30 million unpaid casino taxes from 2002 to 2006 and accused the businessman of filing false reports with state casino regulators on the amount of taxes that his company had paid.

The legal battle between the New Jersey State and Trump rages for six years until Republican Governor Christie happened.

According to the New York Times, Christie’s administration surprisingly allowed to accept Trumps’ US$5 million tax settlement, roughly 17 cents on the dollar of what auditors said the casinos owed. The report tried to link Christie’s friendship with Trump to the sweet deal that the governor’s administration handed to Trump’s casinos.

Christie, who is a former prosecutor, and Trump were introduced to each other by the businessman’s sister, Maryanne Trump Barry in 2002.

Since then, the two had become inseparable. Trump invited Christie to his third wedding in 2005, and Trump attended the governor’s 2010 inauguration. The report also mentioned about Trump making large donations to a nonprofit that maintains the governor’s residence and to the Republican Governors Association.

Citing a data compiled by PoliticalMoneyLine.com, Trump reportedly placed US$170,000 into the Republican Governors Association – which backed Christie’s election campaign. In total, Trump reportedly pumped $620,000 to the group, which Christie chaired in 2014.

David Skeel, a bankruptcy law expert from the University of Pennsylvania Law School, pointed out that the size of reduction to Trump’s debt, especially considering the decrepit state of the casino industry in general and Trump’s casinos in particular, could really raise eyebrows.

“You can’t tell whether there’s something problematic, but it’s pretty striking that this one was written down so much,” Skeel told the newspaper.

Brian Murray, spokesman of Christie, issued a statement on Wednesday insisting that the governor was not involved in the settlement, which was handled by the state Department of Treasury and Office of the Attorney General.

“The New York Times once again shows their bias by using a complex bankruptcy settlement to weave a piece of political fiction. They ignore this simple fact: Governor Christie had no knowledge of or involvement in the routine settlement of this matter by the State Treasurer and Attorney General,” Murray said, as quoted by Fox News.