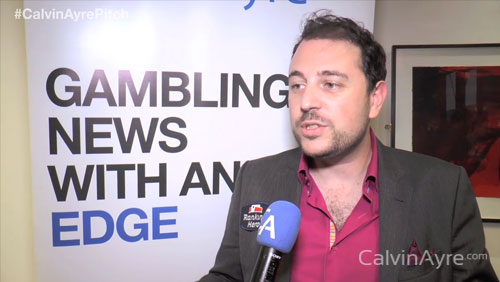 In this one-minute elevator pitch with CalvinAyre.com, Nicolas Levi talks about Ranking Hero, a social networking site for the poker community.

First we had Friendster. Then came Multiply. And then there’s Facebook.

Thanks to the unparalleled potential of technology, social networking—a necessary tool to make connections—has gone from offline to online. But not all the time, mind you, since social networking sites still have their limitations.

To date, however, the gambling industry has yet to have a dedicated social networking platform where players and fans can connect with each other. And this is what Ranking Hero is looking to address for the poker community—for now.

Ranking Hero is a ranking and social networking site where professional poker players can manage their “e-reputation” while also keep in touch with their fan base. For event organizers, the platform can be used as an avenue to announce their tournaments to a niche audience. And for poker fans, Ranking Hero is the place where they can get the latest news and results of their favorite players.

“Ranking Hero is a scalable, community platform. What we built is technology that allows people to talk about results so we have a database of results. We have people aggregated with walls, social content mentions, hashtags,” Nicolas Levi, of Ranking Hero, told CalvinAyre.com during the iGaming Entrepreneur Conference in November.

Ranking Hero was built by a team of pro players, business veterans and IT experts who wanted to provide “the largest and most accurate live poker data” while also linking players, professionals and fans from anywhere in the world.

The platform was originally built for poker, but Levi said they are now ready to take it into growing verticals.

“For anyone that is looking at better engagement, better SEO, better shareability, we’ll be able to go to market with them at a low cost because we’ve already done all of these things, and once we’re on the market we’ll help them animate the community and we can split the revenues together,” Levi said.

Are you an iGaming entrepreneur or company looking for an investment? Submit your ideas to CalvinAyre.com Ventures.