Nevada’s casinos push to re-open betting on the Olympics may have been for naught because as it turns out, gamblers in the United States don’t really want to punt on the Rio games.

For the first time since the 2000 Summer Games in Sydney, it’s now legal for Americans to bet on the Olympics following a proposal tabled by a group of casinos in Nevada. Las Vegas 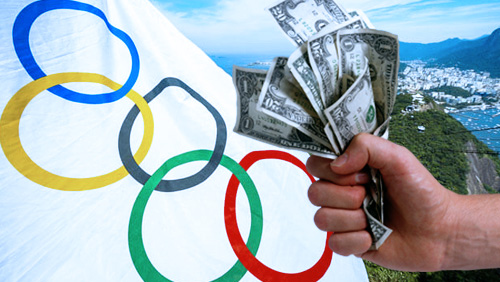 oddsmakers have prepared lines for different events in Rio de Janeiro, including table tennis, but except for a few bets—albeit big ones—on basketball and football, sportsbooks are underwhelmed by the total Olympics handle.

In an interview with Slate’s Henry Grabar, MGM VP of race and sports Jay Rood likened betting on Olympics to a big, regular season baseball game, which he said is less popular with gamblers compared to football or basketball. And this is chalked up to the fact that members of the U.S. team “are very, very good at the sports they compete in.”

“The wagering may in fact by lighter than normal simply due to the fact that the U.S. teams are heavy favorites in a number of the events and overall to win more gold medal than any other country,” Rood said, according to the report.

Still, bookmakers are holding out until the Games end on August 21. Jay Kornegay, VP of race and sportsbook operations at Westgate Las Vegas SuperBook, told Bloomberg that wagering could pick up when the basketball teams and football teams reach the knockout stages.

What Brexit? UK bettors hoping for medal haul in Rio

Across the pond, UK bettors are setting aside worries about Brexit as the Olympics gets underway in Rio de Janeiro.

UK bookmaker William Hill is expecting a big medal haul for Team Great Britain, noting that despite flagging consumer confidence in the wake of the decision to exit the European Union, Britons are confident their Olympians will fare well.

William Hill spokesman Rupert Adams told Bloomberg that although it’s unlikely that the betting level will reach “the dizzying heights” of the 2012 Summer Games, “the vast majority of our customers believe that Team GB will produce a significant haul.”

British bookmakers handled a total of $105.1 million in bets during the London 2012 Olympics, according to the report.