A fortnight after themadbotter suggested that the Winning Poker Network was bot friendly their CEO, Philip Nagy, has told viewers on Twitter that he is declaring war on the bot operators; said there would be casualties, and the network will be the most bot-unfriendly site in the biz within a month. 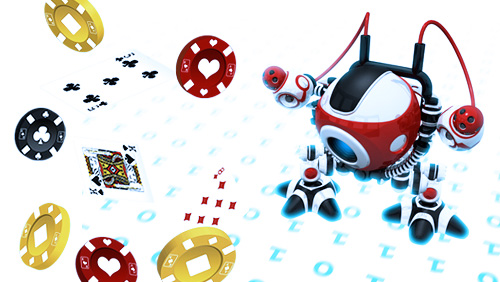 When I was a lad, I would get my rocks off watching Confessions of a Window Cleaner on my parents Betamax. Today, I much prefer watching Confessions of an Online Poker Bot Operator on 2+2. A fortnight ago, a 2+2 poster by the name of themadbotter allowed the world of online poker a glimpse into the dark world of online poker bot operations. He told his warts and all story about winning over $30,000 during a six-month period programming a bot to play on his behalf in low stakes cash games on The Winning Poker Network (WPN). To rub salt into the wounds, themadbotter not only alleged that it was easy to beat the security on WPN but went as far as to say that the site was ‘bot friendly.’ He also suggested that bots represented their ‘best type of customers’ giving off the impression that it was within the WPN’s business interests to watch reruns of Confessions of a Window Cleaner rather than deal with the problem at hand. It’s fairly obvious to me that if you want to promote a recreational player friendly ecosystem, then creating games where bots beat the living crap out of you is counter-intuitive, but there are some members of the poker community that don’t share that opinion. With this in mind, WPN CEO Philip Nagy has gone on the rampage and declared war on bot operators during a Q&A session on Twitch. Nagy told listeners that it was war, ‘that there would be casualties’, and promised that it would take him one month to turn his site into the unfriendliest place for bots in the business. How will bot operators react? Will they flee to other sites? Themadbotter, who vanished from his thread after telling all that he was talking garbage and wasn’t a kingpin botter, after all, came back to the thread to write one word – challenge. Arms at the ready. Fight. Or everyone could just chill out and take a trip down memory lane.