PokerStars has announced plans to host a Hamburg stop as part of Season 6 of the Eureka Poker Tour, and they have also strengthened their relationship with Playtech after signing a new distribution agreement.

PokerStars has announced that Season 6 of the Eureka Poker Tour will be returning to Hamburg for the second successive year. 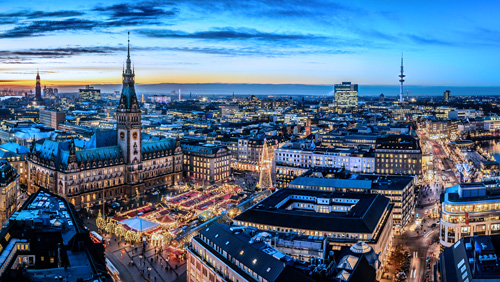 The star attraction will be the €1,100 Main Event. The first of three starting flights will take place on Sep 28. Last year, Tom Holke topped a field of 581 entrants to capture the title and first prize of €107,920. It was the first live cash of his career.  87 players made a bit of money.

Last year, the festival attracted over one thousand players and created over a million euros in prizes. Online qualifiers are currently in operation at PokerStars.

PokerStars Team Pro, and recent World Series of Poker (WSOP) bracelet winner, George Danzer, will be competing in the festival.

The relationship between Playtech and PokerStars has strengthened after the pair extended their existing partnership after putting pen to paper on a new distribution agreement.

The pair will focus on the growth of PokerStars online casino business. Playtech will shower the site with their top tier games. Titles including Frankie Dettori’s Magic Seven; White King, and Great Blue are already available on both desktop and mobile devices.

Titles such as Gladiator, Top Gun, and the DC Series will be phased in at a later date. As will the highly anticipated Age of Gods series. A series of  Playtech’s progress jackpot slots will also join the PokerStars library.

Playtech has been busy of late.

The price for the latter was €138m. BGT CEO, Armin Sageder, retains 10% of his former company and will continue in his current role for the next three years.