Home / Business / The Duty to Consult and Economic Growth 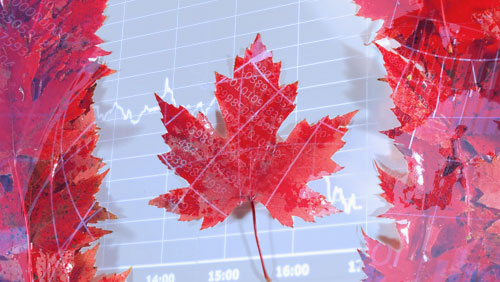 This is a guest contribution by Johnny Jaswal, Managing Director of the Jaswal Institute.  If you would like to submit a contribution please contact Bill Beatty for submission details. Thank you. ates, issued by the federal cabinet, approving the $7.9 billion Northern Gateway pipeline on the basis that the Conservative government did not fulfill its duty to consult First Nations communities.

The judgment was unforgiving of the Harper government, with the court stating:

Canada offered only a brief, hurried and inadequate opportunity…to exchange and discuss information and to dialogue. The inadequacies—more than just a handful and more than mere imperfections—left entire subjects of central interest to the affected First Nations, sometimes subjects affecting their subsistence and well-being, entirely ignored. Many impacts of the project…were left undisclosed, undiscussed and unconsidered. It would have taken Canada little time and little organizational effort to engage in meaningful dialogue on these and other subjects of prime importance to Aboriginal peoples. But this did not happen. Overall, bearing in mind that only reasonable fulfilment of the duty to consult is required, we conclude…Canada fell short of the mark.

Legal commentators have highlighted the significance of the Northern Gateway decision for companies looking to build energy infrastructure, referring to it as landmark, and have stressed the importance of the decision as a guide for federal and provincial governments with respect to carrying out consultation on pipeline projects.

The Jaswal Institute agrees with the impact of the decision but would argue that confining it to energy infrastructure would be a significant mistake for businesses and governments operating in a range of sectors. Specifically, with respect to a topic we have addressed in depth in several articles which can be found on our website, the Northern Gateway decision has the potential to alter the future of online gaming in Canada.

To that end, the decision should have the Quebec government considering the future of its website blocking legislation that gives Loto-Québec the ability to order Internet service providers to block a list of gambling websites to be drawn up by the government agency itself.

If Quebec is able to overcome the legislation’s myriad of potential challenges, which include constitutional issues, potential violations of trade agreements and net neutrality concerns, applied the right way by imaginative legal minds, the Northern Gateway decision may leave the website blocking legislation open for a knockout punch if the Quebec government doesn’t adapt as required to a shifting Canadian landscape that is emphasizing the need to protect and foster respectful and mutually beneficial relationships with First Nations communities.

As reported in recent press, the Mohawk community of Kahnawake, on the South Shore of Montreal, which has established the Kahnawake Gaming Commission to regulate online gambling, has requested consultation with both the federal and provincial governments to find a solution to the website blocking legislation that will not harm the Kahnawake community. The Mohawk community of Kahnawake, via the Kahnawake Gaming Commission, has become a model enterprise through, for example, its establishment of comprehensive gambling regulations and an advanced server park.

The community stands to lose a substantial amount of its revenue if the website blocking legislation proceeds as planned. In a recent interview, Gina Deer, the Mohawk Council of Kahnawake’s Gaming Portfolio Chief, stated that the legislation is “an attack on the revenues of a community-owned and operated gaming site where all the benefit goes back to the community.”

As Grand Chief Joseph Tokwiro Norton has reached out to the Quebec government to schedule a meeting to discuss the legislation and its impacts on the community, it is the Jaswal Institute’s view that the government has obligations to seek genuine reconciliation and for direct, good-faith negotiations to fulfill its duty to consult. As stated in the Northern Gateway judgment, the duty to consult is grounded in the honour of the Crown. The duties of consultation and, if required, accommodation form part of the process of reconciliation and fair dealing.

Though many may argue that I am casting the net too wide to apply the Northern Gateway decision to gaming, the court reiterated the legal principle that the duty to consult arises when the Crown has actual or constructive knowledge of the potential existence of Aboriginal rights or title and contemplates conduct that might adversely affect those rights or title.

In the case at hand, it cannot be argued that that the Quebec government does not have actual or constructive knowledge of the potential existence of Aboriginal rights or title and is contemplating conduct that might adversely affect those rights or title.

Ms. Deer has publicly stated “we have a full history dating back before pre-contact that we’ve conducted gaming not just for entertainment but wager purposes, so it’s not like it’s an activity we hadn’t been doing pre-contact. For us it’s very disheartening to see these sort of laws being created and no consultation or no accommodations for First Nations—especially Kahnawake—when they know how heavily we are involved in the industry.”

As stated above, the government only requires actual or constructive knowledge of the potential existence of Aboriginal rights. This proposition derives further support from Haida Nation v. British Columbia, in which the Supreme Court delineated that that the duty to consult is grounded in the honour of the Crown and engaged regardless of whether the Aboriginal right has been proven.

As I have spent my career on Bay Street, it has been commented that my legal position is not business friendly as I am supporting a view that delays legislation that arguably brings clarity to the grey areas with respect to online gambling in Canada. In contrast, I would argue that my legal position to support First Nations consultation in gaming would foster an environment of certainty with respect to the future of online gaming.

Once the pipeline corridor for the project was defined in 2005, Northern Gateway engaged with all Aboriginal groups, both First Nations and Métis, with communities located within 80 kilometres of the project corridor and the marine terminal. Northern Gateway engaged with other Aboriginal groups beyond that area to the extent that they self-identified as having an interest because the corridor crossed their traditional territory.

In all, Northern Gateway engaged with over 80 different Aboriginal groups across various regions of Alberta and British Columbia. It employed many methods of engagement, giving $10.8 million in capacity funding to interested Aboriginal groups. It also implemented an Aboriginal Traditional Knowledge program, spending $5 million to fund studies in that area.

As highlighted above and worth reporting, it was the government that offered only a brief, hurried and inadequate opportunity to exchange and discuss information and to dialogue. The inadequacies—more than just a handful and more than mere imperfections—left entire subjects of central interest to the affected First Nations, sometimes subjects affecting their subsistence and well-being, entirely ignored. Many impacts of the project were left undisclosed, undiscussed and unconsidered. It would have taken the government little time and little organizational effort to engage in meaningful dialogue on these and other subjects of prime importance to Aboriginal peoples but this did not happen. Canada fell short of the mark.

In other words, Enbridge Inc. and its partners had their investment quashed as a result of government inaction and inability to consult and engage at the appropriate time, which opened the project up for challenge by First Nations communities. Frankly, businesses look after their own interests and should not have to worry about whether the government is fulfilling its duty to consult, which is clearly grounded in the honour of the Crown.

Though it is unfortunately too late for Enbridge Inc. and its partners to benefit from the arguments made in this article, gaming operators and governments involved in online gambling should look to the Northern Gateway decision to ensure they do not meet the same fate.

As previously highlighted by the Jaswal Institute and recent press, Quebec’s website blocking legislation has the support of the largest public online gambling company in the world, Montreal-based Amaya Inc., which is also a licenced partner of Loto-Québec. It is generally agreed that Amaya will play an expanded role in the future of online gambling in Quebec and Canada.

Though an unlikely ally, Amaya should consider supporting consultation with First Nations communities to ensure it does not face the same fate as Enbridge Inc. and its partners. Operators and businesses cannot blindly assume that governments are holding up their end of the bargain as the Northern Gateway decision painfully highlights.

Quebec’s current course of action is leaving the future of online gambling in its province to a coin flip. If I was an operator looking to make significant investments in Quebec and Canada, I am not sure I would take those odds.

The legal foundations of Aboriginal rights date back centuries and have been established by numerous court decisions which reinforce the fact that the Crown, both federal and provincial, has duties to consult and, if required, accommodate, which form part of the process of reconciliation and fair dealing.

As the Government of Canada recently announced its plans to adopt and implement the United Nations Declaration on the Rights of Indigenous Peoples, which stresses the importance of consultation of indigenous peoples to obtain their free, prior and informed consent, it is not hard to come to the conclusion that governments and businesses must deeply consider building trusting and mutually beneficial relationships with First Nations communities that promote the economic growth of our country.