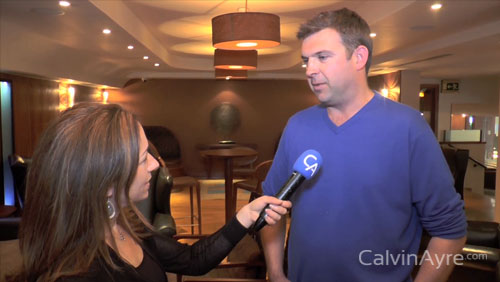 In this interview with CalvinAyre.com’s Rebecca Liggero, Harry Lang of Pinnacle explains why having a right understanding of the target market is critical for the success of eSports business.

From a simple kid’s game, eSports has evolved into a multi-million dollar revenue that has already caught the eyes of almost 200 million viewers worldwide.

The eSports movement has gained steam in Europe and in North America in a little over a decade and it continues to grow at an exponential rate.

But despite the popularity of eSports, Harry Lang of Pinnacle said some have failed to seize the opportunities that the gaming platform entails due to a common misstep: failing to know and understand the target market.

Lang explained that knowing the eSport and getting familiar with it is key to be successful in the business aside from being passionate about the business. There’s no better way for business operators to understand the eSports industry but by playing the games themselves.

He advises operators to go frequently in social networking platforms and forums in order for them to get an idea of future eSports trends.

“I think, number 1 is play the games. There’s no better way to get involved, you got millions of fans around the world and play the games themselves but then Twitch you can see the videos and Shoutcasters,” Lang told CalvinAyre.com. “Some of them are more educational. I listen to them, they’ll teach you about the betting or the tactics of the games. That’s about the place to start.”

Operators, according to Lang, should also always try to determine what the market don’t have and what the market love to have for them to be able to create a brand that specifically targets eSports customers.

Lang pointed out that most of the younger eSports crowds love to play game with fantasy and war elements while most of those who are in the older generation wanted a game that’s not based on fantasy.

“Offering [what] other people don’t have, differentiating in that respect, choosing a market, choosing how it is you operate, so basically making it super clean and easy for people to use,” Lang said. “And if they are going to love your betting brand within eSports then may be pick up hints from people that has been doing this for years and years.”

He has also emphasized the need for a well-thought plan and less spending in order to be successful in the eSports industry.

“I think that brand names and things, they can sound cool and wicked. I think the brand values themselves and the product itself is going to be core to this,” Lang said.