Trendon Shavers, founder of Bitcoin Savings & Trust, was sentenced in Manhattan federal court on Thursday, several news outlets reported. He was also ordered to forfeit $1.23 million—the amount lost by his 48 investors—and pay an equal amount in restitution for operating what the federal judge called a “classic Ponzi scheme.” 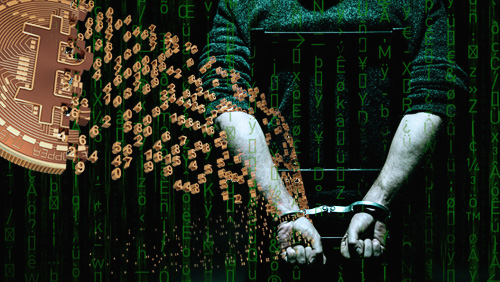 “You defrauded innocent people. You did it, in the last analysis, for personal gain,” Judge Lewis A. Kaplan said, according to Reuters.

Prosecutors said the 33-year-old Texan raised at least 764,000 bitcoins from 2011 to 2012 after promising investors an interest rate of 7 percent a week. But it was discovered later on that Shavers used about 146,000 of the bitcoins he raised to pay his earlier investors in addition to paying for his own gambling and spa treatments in Las Vegas.

Shavers was arrested in 2014, two months after a state federal judge ordered him to pay $40.7 million in another U.S. Securities and Exchange Commission civil lawsuit. In September 2015, Shavers pleaded guilty to defrauding investors, telling the court he had “royally messed up.”

It was thought that Shavers, who now supports himself as a cook, will be facing at least 20 years in prison, but Kaplan said the man “had earned leniency through the honest work he has done since his 2014 arrest.”

Blockchain to become a global game-changer?

Meanwhile, the technology that underpins bitcoin is expected lead a revolution across the global fintech sector.

Blockchain is believed to be poised as the ultimate bank killer: It makes use of cryptography to create a distributed ledger system to hold and spend money in a more open, transparent and flexible manner compared to traditional banks.

“While many of these companies may not survive the next three to five years, we believe the use of the blockchain ‘public ledger’ will go on to become an integral part of financial institutions’ technology and operational infrastructure,” PwC analysts said in a recent report.

Blockchain and bitcoin have earned quite a reputation in the financial sector, and it’s usually for the wrong reasons. But just like a proverbial teenager, analysts believe the popular digital currency has outgrown its sin-filled puberty and is already at a point where it no longer relies on illegal activities to drum up business.

Now, institutions are looking for more use cases for both bitcoin and its underlying technology, such as in the real estate business.