Another opportunity for bitcoin use has emerged. 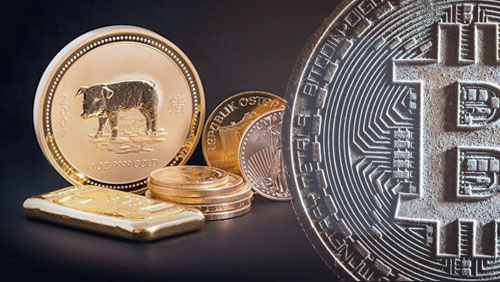 Tavex Guld and Valuta is considered to be the largest gold and silver dealer in Sweden. However, the dealer announced that its bank account had been closed by Swedish bank SEB without its consent, leaving the dealer without any way of accepting payments.

“This decision has, unfortunately, been made without first consulting us, and in addition to state in its notification letter that the decision to close our account due to “a general business decisions,” they have not yet given us any concrete reason why they decided to take this measure,” Tavex said in a notice posted on its website lasted June 30.

Tavex, the largest wholesale supplier of physical notes and investment metals in Sweden, believes it has become a target for the Swedish bank, which has been working towards a “cashless society.”

And how, you ask, will cryptocurrency figure into this?

The sudden closure of its bank accounts has left Tavex scrambling to set up a new payment system—one that will not run the risk of being shut down. The precious metal dealer plans to launch an operational payment system “in two or three weeks.”

Meanwhile, the executive arm of the European Union has tabled new proposals that will pave the way for tighter regulations on digital currencies, such as bitcoin.

The goal, according to the European Commission, is to prevent terrorists from using cryptocurrency to fund their activities as well as avoid money laundering and tax evasion cases by bringing virtual currency exchanges under the union’s Anti-Money Laundering Directive (AMLD).

The current AMLD doesn’t cover digital currencies, but if these proposals will be passed, bitcoin exchanges will have to bid farewell to anonymous transactions, which is arguable their bestselling feature.

EU officials said member states will be required to submit a “central register of information of all bank and payment account users” to authorities tracking down people suspected of illegal activity.

On Tuesday, the price of the popular digital currency dropped to 649.03 per bitcoin with more than 15.75 million bitcoins in circulation, while its market cap hit $10.24 billion.