And the Silk Road saga continues. 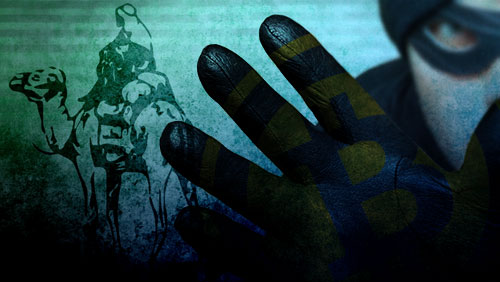 Remember Shaun Bridges? He’s the former Secret Service agent who pleaded guilty to stealing from the now-defunct online black market Silk Road. Bridges was arrested in February—a day before he was scheduled to begin his six-year prison sentence—in his home in Maryland.

If you recall, Bridges admitted in 2015 that he funneled 20,000 bitcoins worth more than $820,000 to his personal account through a series of “complex transactions.” Bridges as part of a task force investigating Silk Road along with former Drug Enforcement Administration agent Carl Force, who also pleaded guilty to money laundering, obstruction of justice, and extortion last year.

Now, court documents have revealed that Bridges is suspected of stealing another $700,000 worth of bitcoins from Silk Road, leading to his arrest in February, ars technica reported.

According to the affidavit unsealed by the U.S. Department of Justice last week, the Secret Service moved the seized bitcoins from the wallet—which Bridges had access to—to a different wallet in July. But when authorities checked the wallet in December, they discovered that some bitcoins went missing.

The affidavit does not outright state that it was Bridges who took the bitcoins. However, it pointed out that “at present the only individual that is conclusively known to have access was Bridges.” Additionally, the Secret Service has yet to revoke the ex-agent’s access to the wallet even after he had been arrested. It’s possible that other employees had access to it, but a dozen Secret Service employees who were interviewed said they did not have access to it.

This potentially brings Bridges’ total Silk Road haul to over $1.5 million. Still, the matter is under investigation and there are no indications if or when additional charges will be filed against the former agent who is currently serving his original sentence at the federal prison in Indiana.

After a few days of dips and sideways action, the price of bitcoin is surging once again.

On Monday, the popular digital currency saw its price rise to $670.04—thanks to strong trading in the Chinese market—with more than 15.73 million bitcoins in circulation.