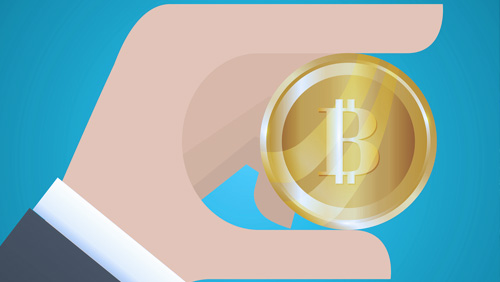 The price of bitcoin is surging amid a sea of red in the global currency markets following the news of the United Kingdom leaving the European Union.

Thursday was a tumultuous day for the popular digital currency, dropping to a low $589.80 amid rumors that UK will vote to stay or “Bremain.” But all the things that happened on Thursday was already a distant memory for bitcoin, which saw its value rise once again on Friday—this time reaching $659.50 with 15.69 million bitcoins in circulation.

Bitcoin has experienced a bit of volatility recently due to several factors, including the increased buying interest from China over fears of the Chinese yuan devaluation—which supported the price swell—as well as the temporary outages suffered by digital currency exchange BitFinex due to “networking issues” in the company’s data center, which, in turn, contributed to the plunge in bitcoin price early this week.

The events on Thursday, however, rocked the cryptocurrency sector. But that was nothing compared to the global currency markets.

According to Quartz, the UK pound is down 6.44 percent and 10 percent against the euro and the U.S. dollar, respectively. In comparison, bitcoin was up by 7 percent, “adding gains to a rally that started as the UK went to the polls” on Thursday.

Bobbly Lee, CEO of China-based bitcoin exchange BTCC, told CNBC they saw “almost $100 million traded in the past 24 hours, it’s one or three times compared to a slow day.”

Prolific bitcoin and cryptocurrency startups investor Barry Silbert called Friday’s events as the digital currency’s “coming out party.” Experts have long been advocating bitcoin as a “safe haven” asset—one that “benefits in times of macroeconomic uncertainty in which its strengths as an investment vehicle whose value is derived solely from a global market are best on display.”