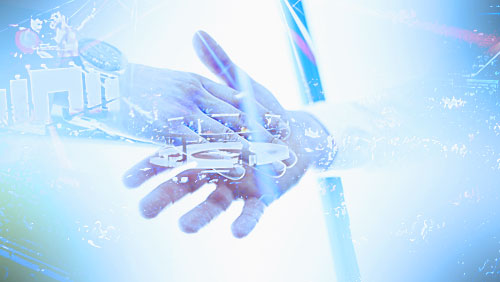 Last March, ONE Championship filled the Thuwunna Indoor Stadium with passionate, screaming mixed martial arts fans eager to witness hometown hero “The Burmese Python” Aung La N Sang make his much awaited return to Myanmar. In the main event, Aung defeated opponent Mohamed Ali by first round submission, sending the raucous crowd into a frenzy. It was one of the most exhilarating crowd experiences in recent memory, and one that fans look forward to being a part of again in Yangon.

CEO of ONE Championship, Victor Cui stated, “ONE Championship always strives to work with the best partners. AGD Bank and First National Insurance certainly fit the bill. These are two massive companies on a global scale and working with them to bring fans world-class mixed martial arts action is something we take great pride in. We’ve sold out venues in iconic cities across the region and it’s going to be another marvelous show. I can’t wait to get back to Yangon and connect with our fans.”

Cui added, “Earlier this year, we crowned the youngest MMA world champion in history, 19-year old ONE Women’s Atomweight World Champion Angela “Unstoppable” Lee. Shortly after that, we made history once again by holding the first ever live MMA event from a major promotion in Thailand, combining two of Asia’s most popular rock bands — Big Ass and BodySlam — together with our unique brand of MMA action. It is these types of innovations that continue to push the boundary of how MMA is delivered, and ONE Championship is at the forefront of this revolutionary development. Together with our partners AGD Bank and First National Insurance we aim to have the same impact in Myanmar in the very near future.”

Managing Director of AGD Bank, Htoo Htet Tay Za stated, “We are excited to be back with ONE Championship for another live event. The event in Yangon last March was such a memorable experience. Hearing the fans cheer in unison for their beloved hero Aung La N Sang was both magical and very emotional. We hope to bring the same kind of action and excitement back to Myanmar later this year. This landmark partnership was an easy decision for us. ONE Championship has a proven track record of delivering world-class sports entertainment to fans all across Asia. They have been able to take MMA and make it a household name in just a span of five years. We are proud to be a part of that.”

Toh Jin Wei, Managing Director of ESP Properties APAC, the choice sponsorship agency for ONE Championship in Asia, stated “We are remarkably privileged to be representing one of the world’s most exciting MMA promotion and we have confidence that ONE’s attractive proposition and strong core values will resonate with the clients we represent. AGD Bank’s partnership renewal will change the landscape of MMA in Myanmar and will deliver longstanding values for Burmese fighters by professionalizing the sport. This partnership in itself is a true alliance between two established brands and we are honored to be part of this.”

AGD Bank and First National Insurance are two of the largest financial institutions in Myanmar – one of the fastest growing markets in Asia. Both companies are working with ONE Championship to strengthen their brand awareness and improve their brand presence within the country and across the region. ONE Championship provides a unique platform for partners to capitalize on the growing spectacle of mixed martial arts in Asia, a synergy that has proven equally beneficial to both investors and VIP clients who also get to enjoy world class sports entertainment.

ONE Championship is the largest sports media property in Asian history. Headquartered in Singapore, the world’s most exciting mixed martial arts organization hosts the largest sports entertainment events across Asia featuring the best Asian mixed martial artists and world champions, all signed to exclusive contracts, on the largest media broadcast in Asia. ONE Championship is broadcast to over 1 billion viewers across 118+ countries around the world with some of the largest global broadcasters, including FOX Sports, Setanta, MNC, Astro, Thairath TV, ABS-CBN, TV5, Physique TV, MYTV, HTV, Esporte Interativo and more.