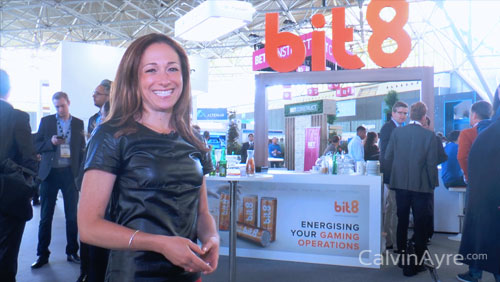 Day one of the iGaming Super Show 2016 kicked off at the RAI in Amsterdam, the one and only event of the year dedicated to the entire online gambling industry.  Five session-filled conferences took place alongside the Super Show’s expo floor today, including day two of Gaming in Holland, the Financial Partners Expo, the iGaming Executive Conference, the Payment Solutions Conference and the Amsterdam Affiliate Conference.

The Super Show’s expo floor featured booths taken out by companies from all corners of the industry ranging from operators to affiliate programs, media, financial betting companies and suppliers.  Delegates enjoyed the usual booth babes, open bars, gimmicks and freebies we all know and love from the iGaming industry events, plus an easily accessible canal-side pub for those who wanted a more private conversation.

Bet Cart Partners sported a big booth this year, capturing attention with a life-size Formula One-style car and the opportunity to participate in a simulated race from inside.  Kevin Andrews of BetCart.com said everyone loves racing cars, so it was the perfect way to entertain affiliates as they stopped by to learn more about the brand.

Andrews was happy to take advantage of the Super Show to promote Bet Cart Partner’s generous commission structures offered as rev share, CPA, sub-affiliates and hybrid and additional commissions for loyal affiliates of up to 60% rev share.

We were happy to see BetStars this year as an exhibitor, PokerStars’ sports betting offering.  Rational Group’s Head of Affiliates Jason Prasad was at the booth to represent the casino, sports and poker affiliate program for the Stars family.

Prasad said his main objectives at the Super Show include educating Scandinavian affiliates on the Stars casino product and educating affiliates in general about his plans to upgrade the affiliate program software.

One of today’s biggest attractions was the iGaming Executive Conference, a series of unique 30 minute presentations carefully arranged by Michael Caselli.  The conference’s eSports session was especially unique, inviting delegates in with loud music, lights and smoke as two of the highest ranked eSports players in Europe competed against each other.  We watched “Packz” and “Problem X” play three rounds of Street Fighter while a commentator kept the energy up and explained what was going on play-by-play to the audience.

After the demo, Fnatic’s CEO, Wouter Sleijffers, explained how his company is the largest eSports organization in the world with six professional teams playing games such as League of Legends, Counter Strike, DOTA2, Smite and Heros of the Storm.

Sleijffers emphasised the growing popularity of eSports around the world and said we are “creating a new type of hero” in addition to the usual football stars, for example.  He also pointed out traditional sports teams and stars from around the world are getting involved with eSports, for example, Shaquille O’Neil and Alex Rodriguez are among investors in eSports and in China, Alibaba has launched the world’s highest paying eSports tournament.

New at the Super Show this year was the “Acquisition and Retention Zone”, an area of the expo floor dedicated to presentations addressing, well, acquisition and retention.

Phil Macartney of Affinio delivered a presentation on how his company can “laser target passions of players” and lower acquisition costs. Affinio’s technology allows operators to delivering the most appropriate messages and calls to action because they know exactly what the player cares about.  For example, operators can talk to fans of football and poker but can tell the difference between players just liking something and being MAD about something.  This is the type of data Affinio can provide.

Macartney also pointed out “Twitter is like a sponge”.  He said Affinio works with a number of platforms, but Twitter serves as their “finder” platform, the first platform they advise clients to go to. Twitter takes in everything and is unencumbered by algorithms and location, he said.

When asked what other platforms to watch besides Twitter, Macarntey suggested Pinterest.  Due to its UK and US focus, Pinterest is not thought about very much, but its an “awesome SEO tool if you know this platform and understand it”, he said.   Macartney also mentioned SnapChat and this sort of fast “snack-able” media in addition to taking note of shared URLs such as YouTube links.