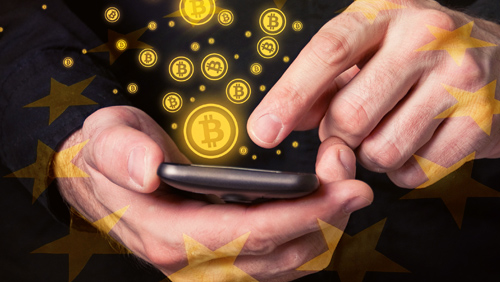 The European Commission (EC) may soon be rethinking its stance on virtual currency, if some members of the European Parliament (MEPs) have their way.

EC, the executive arm of the European Union, has been firm in its position that digital currencies shouldn’t be regulated just yet, stressing the need to focus more on monitoring cryptocurrencies to “understand better what is happening.”

But a new report on virtual currencies from the European Parliament’s Committee on Economic and Monetary Affairs could potentially prompt an overhaul of the existing European Union payments laws.

The report, which you can read entirely here, stated that virtual currencies and distributed ledger technology not only help bring down the cost of transactions and access to finance, but they also boost the flexibility and speed of payment systems.

“The European Parliament… recommends that the Commission draw up a comprehensive analysis of [virtual currencies] and, on the basis of this assessment, consider, if appropriate, revising the relevant EU legislation on payments, including the Payment Accounts Directive (PAD), the Payment Services Directive (PSD) and the Electronic Money Directive (EMD), in light of the new possibilities afforded by new technological developments,” the committee said in its report.

The Parliament already tabled a proposal early this year to regulate cryptocurrencies, but EC shot it down in favor of monitoring. EC later came out with an action plan that amended its Anti-Money Laundering Directive to require digital currency exchanges to report who used their services and when they are used, among other changes.

MEPs, however, wanted to take it a step further. The committee is calling for a new task force composed of technical and regulatory experts who will “provide the necessary technical and regulatory expertise across the various sectors of pertinent distributed ledger technology applications, bring together stakeholders and support the relevant public actors at EU and member state level in their efforts to monitor distributed ledger technology use at the European level and globally.”

Digital currencies, such as bitcoin, are largely self-regulated and not backed by a central bank, making them popular as an alternative to fiat currency.