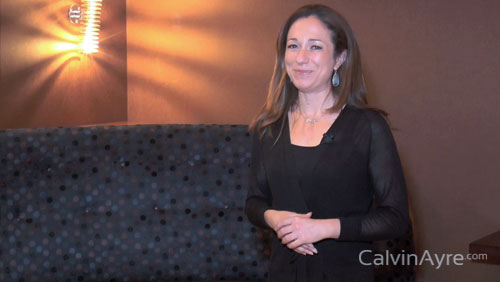 Today the first dedicated eSports Betting Conference took place in London at the Royal Garden Hotel, organized by Bullet Business.  Without a doubt the turnout impressed everyone in attendance, including the organizers themselves.  Speaker Harry Lang summarized it perfectly when he said today was the first time he’s seen a niche conference room full and how it reminded him of mobile gaming in the early days.

The eSports Betting Summit consisted of a series of presentations and panels including topics such as eSports betting integrity, regulation, the intersection of traditional sports and eSports betting, in-play opportunities, building an eSports brand and more.  The sessions were broken up by generous networking breaks, allowing plenty of opportunities for delegates to carry out meetings and make new connections.

Savinson kicked things off by saying “last year the question was ‘who is going to pick up eSports’ and now its ‘who is going to do it properly’”.  Watson agreed and added six years ago it was one operator offering eSports, six months ago it was fifteen and today its eighty.  “Its exponential growth, the market is huge, the sportsbooks are still racing to grab the biggest piece of the pie”, he said.

When it comes to the choice between adding eSports to an existing sports betting platform or creating an entirely new platform Savinson said “it depends on the objective of the operator”.  If an operator wants to say they offer x number of markets and their aim is to cross-sell eSports, just add a tab.  If an operator wants to acquire new eSports customers specifically, they will need to create a whole new site and deliver a new experience than what the traditional sports industry is used to.

Savinson and Watson pointed out the importance of operators getting their communication to eSports customers correct from the beginning and bookmakers must understand eSports bettors are not familiar with common betting terms.  “They have no idea what a wagering requirement is”, Savinson said.  Bookmakers who wish to offer eSports cannot word their offerings in the same way as they word traditional offerings, he said.

Betgenius is an industry leader in eSports betting and they sponsored today’s “In-Play Opportunity, Skin Betting & Investing in Integrity” panel.  Moritz Maurer, Betgenius’s Head of eSports, said traditional bookies are excited about potential of eSports wagering and, having already gone live with 12 operators, the product is proven. He also noted that in-play was the key to unlocking its full potential, with Betgenius already offering 45 in-game markets on multiple re-occurring objectives for over 500 events per month. He also emphasized what a great position his data-rich organization is in to partner with associations and authorities who are concerned with the integrity of eSports.

Ben Conroy, eSports Product Manager for SkyBet (an eSports client of Betgenius) also participated in the panel and confirmed Sky’s eSports offering is profitable despite not investing heavily in marketing to date. He also said SkyBet made a conscious decision not to separate traditional sports punters from eSports punters so they don’t feel the need to put eSports on a separate platform.

One of today’s most entertaining presentations was delivered by the charismatic Harry Lang, Head of Marketing for Pinnacle Sports.  The subject was how to build a brand that appeals to eSports fans and he started off by categorizing eSports betting companies into four different buckets:

2) Big Spenders such as Betway

3) Organic Operators such as Pinnacle Sports (“we spend nothing”, he said)

4) eSports Locals such as UNIKRN

Lang said the big opportunity today is in organic growers with a dedicated focus on eSports, an area where there is a gap in today’s market.  He also left the audience with a number of tips on how to go about building a brand in the eSports betting market.

As an “outsider” himself, Lang advised everyone getting involved with eSports to actually play some of the games, to go on Twitch and watch, to go into the forums and participate, similar to the early days of affiliate forums.

The importance of credibility, security, integrity and trust were all emphasized by Lang and he said no matter how “cool” your brand is, if you don’t have these elements, you will fail.  He also advised several times to avoid “parachuting in” as a betting operator because this will mean nothing to the eSports punter.

Lang’s last bit of advice was to “make some noise” with the goal of attracting the attention of 18-35 year old males, the demographic we are looking at for eSports bettors.  He suggested generating video content, advertising through “shoutcasters”, getting involved with the big forums like Gosu Gamers and live streaming tourneys.