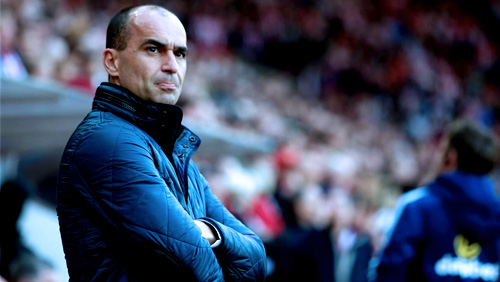 The Premier League maintain their average of eight managerial casualties per season after Everton part ways with Roberto Martinez after three years in charge of the Merseyside club.

In October 2015, Liverpool sacked Brendan Rodgers after he became the first Liverpool manager in over 60 years to fail to win a trophy in his first three years in charge at the club.

It was the first Premier League managerial sacking of the season, and the second casualty after Dick Advocaat resigned from his position at Sunderland after a woeful start.

Writing back then, I said to expect a total of eight Premier League managers to blow away like confetti at a wedding. With one game to go, I am spot on after Everton sacked Roberto Martinez ahead of their home game with Norwich.

Of the 92 Premier and Football League Managers, 57 of them lost their jobs before the season ended.

Here were my crystal ball predictions.

I accurately predicted that Jose Mourinho, Tim Sherwood, and Steve McClaren would lose their jobs. Quique Flores will leave Watford at the end of the season, but that’s one game too many to

The Spaniard has received his marching orders after a single season in charge prompting a show of solidarity from the likes of West Ham manager Slaven Bilic who called the mutual split ‘crazy.’ At one point this season Watford were as high as 7th place. They also made the semi-finals of the FA Cup before exiting at the hands of Crystal Palace. They could still finish as high as 11th in the Premier League table, and were never involved in the relegation quagmire. He is the fifth Watford manager to get the boot in two years.

Former Inter boss Walter Mazzarri is the favourite to take over prompting Sam Allardyce to predict that it won’t be long before the Premier League is without a single English manager.

I have to agree.

Eddie Howe has done a marvellous job at Bournemouth but they are on a slippery slope. Had the season been extended a few games longer Alan Pardew’s Crystal Palace would have been in serious trouble, and does an ambitious Premier League club want to keep hiring a Big Sam because he is good at avoiding relegation?

Tony Pulis & Ronald Koeman – A Matter of If, Not When

I got these two wrong.

Tony Pulis is a lot like Sam Allardyce in respect of his ability to steer a club clear from relegation. There was a time when I was certain the Baggies were going to be in the relegation dogfight but Pulis always managed to pull off a result when he needed it most.

Do the Baggies fans want more?

Their shots on target ratio were appalling and they played some of the dullest and drab football of anyone this season. There is an argument that the board should keep faith with the man who kept them in the Premier League. I think he should go because his style of football is only designed to keep them treading water.

I never thought Southampton would sack Ronald Koeman. Instead, I thought one of the major European clubs would have hired him.

Koeman took over Southampton at a time when the club had sold the heart of its club to the likes of Liverpool et al. And yet, at the time of writing, they are 7th in the Premier League. I wouldn’t be surprised if he were managing a much bigger club before the start of next season.

Everton fans will be happy now that they have nobody holding the tiller. I think it’s a bad move. Martinez should have had more time. Reading between the lines, they sacked him because of two seasons of Premier League mediocrity. Funny, I don’t remember David Moyes competing for the Premier League title, Champions League football, or anything else for that matter.

The 42-year-old was with the club for three years at which time he was responsible for two club records. In his debut year, he led them to a 5th place finish earning a club record 72 points. This season he created a record of a different kind by owning the worse home record in the club’s 138-year history. What was once a cauldron, had turned into a bowl of tepid cawl.

And exactly who do they think will come in and perform better than Martinez?

At the time of writing former Ajax boss, Frank de Boer is the 5/4 favourite. There are also news reports surfacing that Joe Mourinho is in talks with the club, but I cannot see that happening. It’s a joke that people think Ronald Koeman will leave Southampton for Everton, but he is second favourite at 2/1.

All talk of Mauricio Pochettino becoming the new manager of Manchester United ended this week after he agreed to stay in tenure at White Hart Lane for the next five years. The timing was perfect, coming at the same time he enjoyed a dinner in London with Sir Alex Ferguson.

I think it’s a great move for the 44-year-old Argentine. His team were able to finish 5th in his first season, and they are odds-on favourites to finish second this season, making it their best performance in Premier League history.

I remember thinking the Southampton board were a bunch of turnips when they sacked Nigel Adkins and replaced him with a man who couldn’t speak a word of English. Today, Pochettino is recognised as one of the top managers in world football. Adkins has just been sacked by League One side Sheffield United.

Here Are the 8 Premier League Managerial Casualties of 2015/16