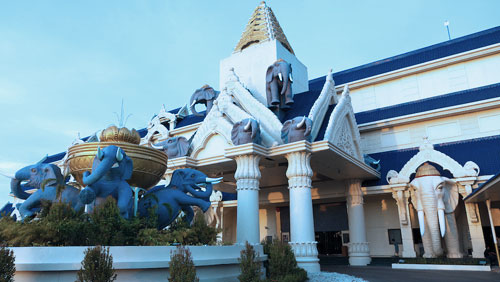 The government of Laos has called off the process to sell the contested Savan Vegas casino, according to one of the companies shortlisted for the tender.

Electronic gaming machines maker RGB International Bhd said in a filing to Bursa Malaysia that “the tender for sales process for the Savan Vegas Hotel and Entertainment Complex in Lao People’s Democratic Republic was terminated by the government of Lao PDR.”

RGB International didn’t mention why the process was cancelled.

If you recall, San Marco was the subject of one of the three legal actions recently filed by Lao Holdings NV, which claimed that the investment firm and its owner, Kelly Gass, were “responsible for the current mismanagement of and botched sale efforts of the casino.”

Lao Holdings, the parent company of Sanum Investments that previously operated Savan Vegas, alleged San Marco was paid nearly $2 million from Savan Vegas revenues to run and sell the property, but its owner served only the “corrupt and totalitarian” Laos government.

The Netherlands-registered company has been after the Laotian government for years now, after Laos seized Savan Vegas in 2012 on grounds that the operators owed $23 million in back taxes.

Lao Holdings, however, protested the high taxes that it said included “the adoption of an overwhelmingly expropriatory 80 percent tax on gaming revenues (90 percent when coupled with Laos’s VAT rate.”