After being commended at the back end of last year for its innovative use of Twitter, mobile casino LeoVegas (www.leovegas.com) is launching an engaging social media campaign to promote its new Michael Jackson-themed game. 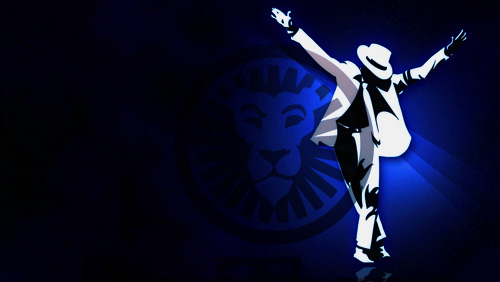 Bally’s ‘Michael Jackson King of Pop’ is due to launch online and on mobile at LeoVegas on 23rd May 2016. To celebrate its release, the mobile casino is asking the public to test out their lip-syncing skills and take part in the ultimate Michael Jackson lip-sync battle.

The nation’s ‘Smooth Criminals’ are being encouraged to step forward and show LeoVegas how ‘Bad’ they really are using Dubsmash, or a similar app, to create Michael Jackson themed lip-sync videos.

The star of the best Thriller, Bad or other MJ classic lip-sync video, chosen by judges at LeoVegas, will win a VIP experience to see Thriller Live in London.

‘Michael Jackson King of Pop’ is a five-reel slot with 25 paylines. It features wilds, scatters, two free game features (Beat It and Smooth Criminal), and an exciting wheel bonus. Bally Technologies created the game for real money play at online and offline casinos around the world.

The full competition terms and conditions can be found here.

LeoVegas is the innovation leader in mobile gaming entertainment. LeoVegas casino provides world-class entertainment and offers over 700+ games on mobile, tablet and computer. LeoVegas’ multi-award winning platform offers a completely new standard for what you can and should expect from gaming on your mobile device. LeoVegas is internationally recognized as a leader in mobile gaming and has won several prestigious industry awards, including EGR’s ‘Slot Operator of the Year 2015’, ‘Marketing Campaign of the Year’,
‘Innovation in Mobile and Tablet’, ‘Innovation in Casino’, ‘Affiliate
Program of the Year’ and the International Gaming Award for ‘Casino
Operator of the Year 2016’. EGR Power 50 List ranks LeoVegas as the most influential mobile gaming operator.