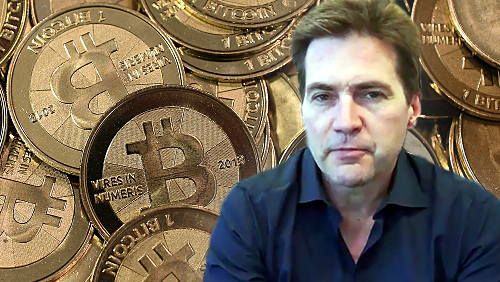 Last December, multiple media outlets identified Wright (pictured) as the human face behind the Satoshi pseudonym who in 2009 gifted the Bitcoin and blockchain technology to the world. Wright neither confirmed nor denied these media reports, leaving others to speculate as to whether Satoshi had actually been run to ground.

On Monday, Wright officially went public as the man behind the Satoshi mask. The BBC reported that Wright recently confirmed his identity to prominent technology figures by digitally signing messages using the private encryption keys linked with Bitcoin blocks 1-9, which were definitively associated with the Satoshi identity.

Technology industry mainstay Jon Matonis, a founding director of the Bitcoin Foundation, was given a private proof session by Wright in late March. Matonis deemed the proof conclusive, and said he has “no doubt that Craig Steven Wright is the person behind the Bitcoin technology, Nakamoto consensus and the Satoshi Nakamoto name.”

Wright, who has launched a blog to dispel myths about and highlight the full potential of the technology he created, issued a statement on Monday saying he “didn’t take the decision lightly to make my identity public.” Acknowledging the negative speculation that circulated in the weeks following those December media reports, Wright said he could not “allow the misinformation that has been spread to impact the future of Bitcoin and the blockchain.”

Wright said he was releasing his research and academic work to “help people understand just how powerful this can really be.” Wright intends his blog to serve as a forum that will provide developers and producers with the real facts about the technology in order to encourage the wider use of Bitcoin and the blockchain.

It’s hard to overemphasize the impact Wright’s invention has had, given that few software products compel governments around the world to develop policy positions surrounding its use. If nothing else, Bitcoin would be notable simply for the panic it has induced among central bankers, who have no precedent for dealing with a global currency whose value they have no power to manipulate.

Bitcoin’s impact on the online gambling industry has been profound, as it more or less overnight rendered moot the efforts of puritanical and/or protectionist governments bent on preventing consumers from accessing their chosen form of online entertainment. For that alone, Dr. Wright has earned the industry’s gratitude and respect.