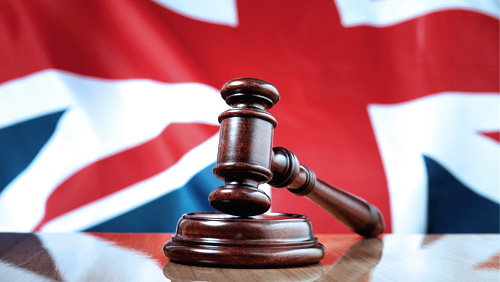 Close to 400 members of the 96 men, women, and children, who lost their lives in the Hillsborough disaster are pursuing an estimated £20m in damages after the verdict of ‘unlawful killing’ was reached earlier this week.

27-years ago – 96 men, women, and children, lost their lives in the Leppings Lane stand in Hillsborough. A few days ago, in what became the longest jury led case in British legal history, a verdict of ‘unlawful killing‘ was delivered.

The families of the dead broke down in tears of joy and sadness. Arm in arm, hand in hand, they stood outside the courts and sang You Will Never Walk Alone. They had finally won. The nightmare was all over, or was it?

The verdict redirected the finger. It’s now pointing directly at the South Yorkshire Police (SYP). The Criminal Prosecution Services (CPS) is still considering criminal proceedings against those responsible. One man who won’t have slept a wink since the verdict is David Duckenfield. He was the man in charge of the policing at the game, and the jury found him in breach of his care of duty to the victims. He has since gone to ground.

While the CPS gets busy, Sky relayed the news that approximately 386 family members of the deceased are suing both the SYP and the West Midlands Police (WMP) for an amount said to be close to £20m.

The action went back to the High Court last year, but the legal teams pressed the pause button waiting instead for the inquest verdict to be delivered. The families are claiming misfeasance in public office, a civil action against a holder of public offices, such as the police force, where it’s proven that the holder abused their power.

The SYP were the force in charge of the operations at Hillsborough on that fateful day. The WMP were the working group brought in to conduct the initial investigation.

Bulletin Board Message Of Support Leaked


In an appalling sense of timing, a private message board, taken from a website for retired police officer’s has been leaked showing a message of support directed at those found responsible for negligence on the day in question.

The message told those involved in the incident that they had ‘served dedicated and courageous careers.’ Families of those killed are said to be outraged over the timing of the show of support.

Not long after the inquest verdict was delivered, Police and Crime Commissioner, Dr. Alan Billings, suspended the SYP’s Chief Constable David Crompton from his role. He was due to retire in November. He had served in the position for four years.

Over 30,000 fans joined a vigil for the 96 on the steps of St George’s Hall in Liverpool’s city centre yesterday.