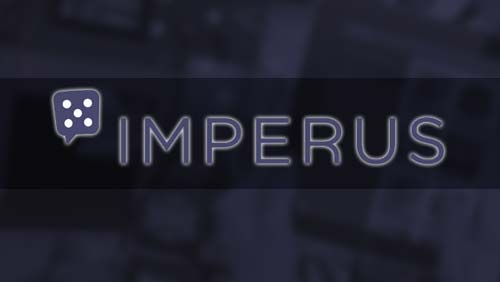 Had Akamon been fully consolidated, revenue and adjusted EBITDA for Akamon and Diwip Ltd. (“Diwip”) on a combined basis, excluding Imperus overheads, for the full fourth quarter of 2015 would have been CAD$11.0 million and CAD$4.1 million respectively, compared to revenue of CAD$10.7 million and EBITDA of CAD$3.9 million for the third quarter of 2015. See non IFRS measures

Fourth Quarter and Annual Financial Summary
For the years ended December 31, 2015 and 2014
in $000,000 Canadian Dollars except for per share amounts 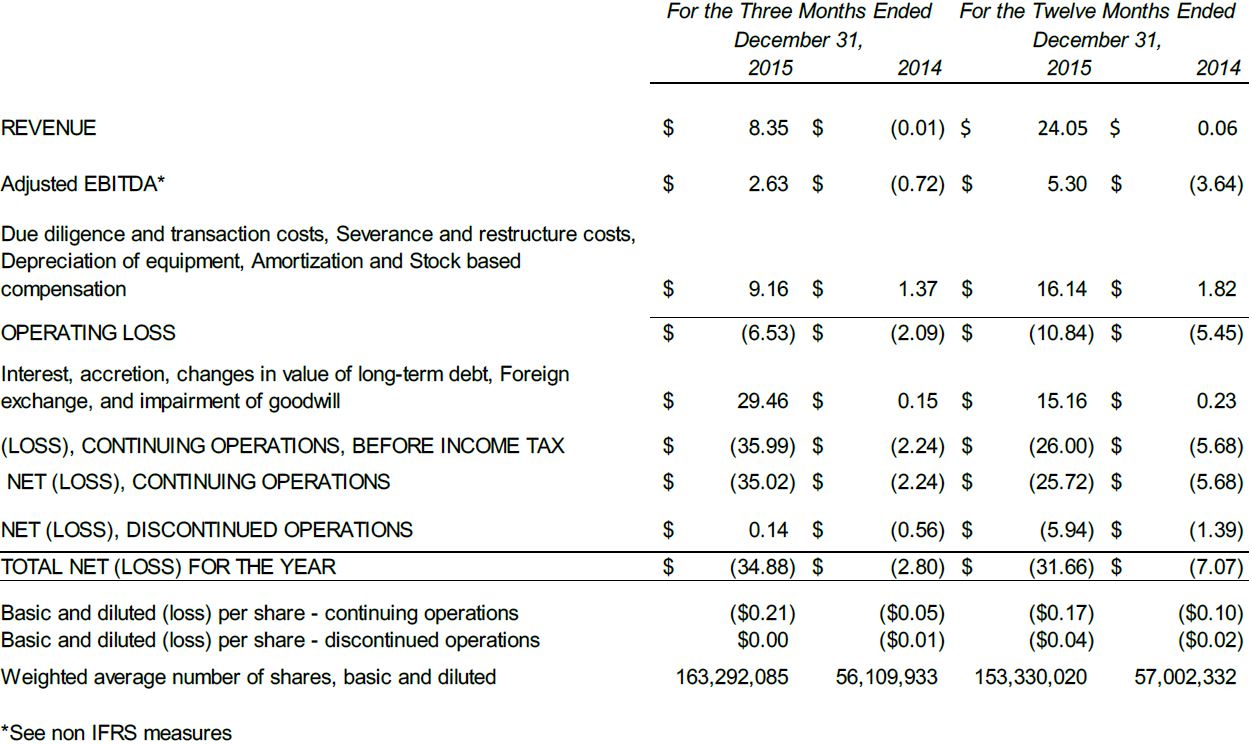 James Lanthier, CEO of Imperus, stated: In 2015, Imperus underwent a complete business transformation, from a developer of real money gaming technology at the beginning of the year to a top 10 social casino game publisher and operator. Imperus’ transformation, however, has only just begun. Since the acquisition of Akamon we have moved to integrate both operating businesses under one management structure in order to realize synergies and more importantly, a common strategic direction.

We are also working towards streamlining our stable of brands and to that end we expect to make an announcement regarding the choice of a new corporate name, and the sun-setting of the old Diwip and Akamon brands. While our games and consumer destinations will retain their well-known consumer names like “Best Casino”, “Best Slots”, and “Mundijuegos”, we plan to move forward as one company under one name. We expect to make an announcement regarding this new name soon, which will be subject to shareholder approval.

Our strategy beyond simply enjoying the substantial benefits of bringing these businesses together is to grow and maintain our leadership position in non-US markets where we believe the opportunity for returns are greater, by offering customers the most engaging, social game content across the broadest possible range of platforms and channels. In less developed social casino markets, customer acquisition costs are lower, growth rates are higher, and there is an opportunity to build a market leading business that can grow along with secular trends. We are continuing to focus our efforts on Latin America, where the interactive games category has the fastest growth rate of any geographic region, but the social casino market is much less well developed.

We are now in a better position to update the guidance issued by the previous management team. For 2016 we see revenue of CAD$49-52 million and Adjusted EBITDA of CAD$17-$19 million. We have revised guidance taking into account that we now have the benefit of a fuller understanding of the consolidated business, as well as taking into account overall growth rates in our sector. Our new guidance is not only realistic and achievable, it also represents significant growth – a growth rate of approximately 18-20% of Akamon and Diwip consolidated over the prior year, pro-forma. I would also note that this growth rate is higher than the estimate provided by Eilers’ of 16% for overall growth in the social casino space in 2016. We feel very good about our business and its trajectory.”

Vicenc Marti, President of Imperus stated: “2016 will be the first year in which Imperus will benefit from the full-year effect of having two great social casino assets, Diwip and Akamon. The two teams will collaborate to multiply each company’s already strong performances in Q4 2015. We look forward to seeing our industry leading game design teams complement our current strong portfolio with exciting new titles that are expected to perform on fast growing Page 3 of 5 NEWSRELEASE T SX.V: LAB Frankfurt: iSX mobile platforms such as Android and IOS. We will cross sell to our existing users and acquire new users, predominantly in areas of higher growth such as Latin America, where Imperus already leads the industry.”

The Company has included certain Non-IFRS performance measures, namely EBITDA and adjusted EBITDA, within this press release. The Company believes that, in addition to conventional measures prepared in accordance with IFRS, Imperus and certain investors use this information to evaluate the Company’s performance and ability to generate cash, profits and meet financial commitments. These Non-IFRS measures are intended to provide additional information, do not have any standardized meaning prescribed by IFRS, should not be considered in isolation or as a substitute for measures of performance prepared in accordance with IFRS and may not be comparable to similar measures presented by other issuers. About Imperus
Imperus Technologies Corp., the parent company of Diwip and Akamon, is a developer of social and mobile gaming for PC, Mac, iOS and Android platforms. Diwip and Akamon design, develop and distribute their top ranked social casino-themed games within online social networks (such as Facebook) and mobile platforms (such as Android and iPhone). All of the Diwip and Akamon games are free to play and generate revenue primarily through the in-game sale of virtual coins.

Gambling Business during a Quarantine Period: Forecasts and Actions
Press Releases
16 hours Ago