Home / Poker / Calling The Clock: The Poker Boom Will Come From the East 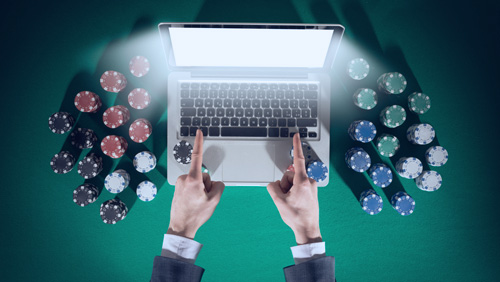 In this week’s Calling the Clock we bring you news of some outstanding partnerships in India and China, news of an online gambling bill in Michigan, and a new signing for partypoker.

If you want to attract the most eyeballs to your game, then the sensible approach is to take your game to the place where the most eyeballs are. China and India have over 5 billion between them, and this week some of poker’s major players started making friends in that part of the world.

Global Poker League (GPL) creator, Alex Dreyfus, agreed on a strategic partnership with China’s Sina Sports, making them the “Official Digital Media Partner of GPL” in China. The Sina Sports website is the fourth most visited in that part of the world according to Alex Rankings.

The deal grants them over 400 hours of GPL coverage streamed to the Chinese public, and exclusive access to the GPL roster of players. One of those players, Montreal Nationals, Martin Jacobson, has recently returned from China where he did some work for Tencent Poker, and he told me that they treated him like a megastar. The deal will also ensure an expansion of the GPL with a Beijing-based GPL franchise expected to be born sometime in 2017.

Alex Dreyfus won’t be alone on his long-haul flights to China. The World Poker Tour (WPT) is owned by the Chinese online gaming company Ourgame International Holdings Limited, so he will have WPT President Adam Pliska to talk shop with during their first class jaunts.

Talking about Pliska, he was in the news this week when the WPT agreed on a partnership with India’s largest online poker room Adda52.com. The agreement will see Adda52.com gain access to the WPT TV vaults, and they are already scheduling online satellites to send their players to the UK to compete in the $1m Guaranteed WPT500 at Dusk Till Dawn (DTD).

There has been a host of interesting tales to emerge from the shindig including a player checking Connor Drinan’s pulse during a vital hand where Drinan had moved all-in on the river during the $10k Main Event. Some people called for the death penalty. Some thought it was a harmless joke.

Then there was an allegation of collusion in a satellite to the $25,000 buy-in High Roller. Jason Wheeler felt so aggrieved by the whole affair he even posted a thread detailing events on 2+2. The finger was firmly pointed in the direction of Mike Dentale after he mucked [Ah] [4h] in the big blind when all he had to do was turn over his cards, and go to showdown after Lily Kiletto was already all-in from the small blind. Let’s just say things got a little unsavoury after that, and you can read all about it right here.

The Delaware State Lottery announced record iGaming revenue numbers for March this week. Punters handed over $260,539 to the three racinos in the state, $37,324 of which came from the online poker tables. It represented a 32% growth and was their highest take since May 2015.

New Jersey punters also made history in March when they handed over $15.5m in revenue to the state’s iGaming establishments. Earlier this week, David Rebuck, of the New Jersey Division of Gaming Enforcement (DGE), tried to clarify exactly how grey a grey market can be before it becomes the wrong kind of grey. It turns out that the answer is black.

Let’s hope Michigan do a better job of explaining things. This week a group of Michigan state senators led by Mike Kowall produced the Lawful Internet Gaming Act (SB 889). The proposal contains a framework for online poker and online casino, but not online sports betting. Eight online gambling licenses will be handed out, and each will cost $5m. Each license will last five years, and taxation will be 10% of gross gaming revenue.

From Michigan to Oklahoma and the Iowa Tribe of Oklahoma has won their court battle to operate Pokertribe.com, an online gambling site that would allow international players to compete with those based in the state. An arbitrator was called in to resolve the matter after the tribe sued the state, and the ruling was ‘go ahead and do what you like as long as the Internet servers remain rooted in Oklahoma soil.’

And the World Series of Poker (WSOP) was in the news this week after an investment banker, and poker enthusiast, David Bass, posted a petition on Change.org asking management to remove the rake from the $10,000 WSOP Main Event, and enter revenue-sharing pacts for their smaller events. I can see the two finger salute from my bedroom over 5,000 miles away.

Online poker players based in Portugal received mixed news this week. Licenses for the newly regulated online gambling companies will be delayed until June. However, players will be able to compete with international players as long as those players don’t live in country’s where shared liquidity is banned. Unfortunately, networks won’t be allowed, meaning iPoker and the Microgaming Poker Network won’t curry much favour in the Iberian nation.

888Poker unveiled plans to host their fifth iteration of the Super XL Series. The 40-tournament festival will take place at the same time that PokerStars are running the Spring Championships of Online Poker (SCOOP), and partypoker host their Powerfest Festival. Partypoker also announced this week that they would be signing former PocketFives World #1 Patrick Leonard to act in the role of ambassador.

Somebody has just called the clock.