Customers in the United States of the now-defunct Mt. Gox bitcoin exchange can finally go after Mizuho bank, which they claimed concealed the exchange’s problems before it filed for bankruptcy. 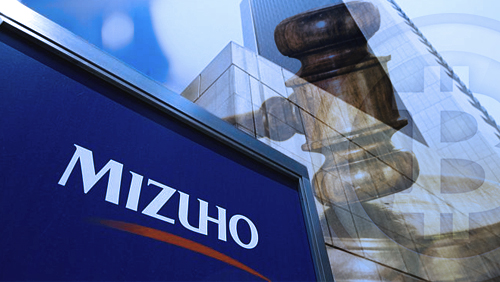 The customers filed a class action lawsuit against the Japanese bank in February 2014, which incidentally, was also the same month that Mt. Gox filed for bankruptcy, according to a Business Insider report.

In their lawsuit, the U.S.-based customers claimed their losses were inflated because the Japanese bank limited withdrawals from their Mt. Gox accounts in mid-2013. The bank, however, continued to accept deposits from Mt. Gox users even though the U.S. government had already opened an investigation into the exchange.

The customers claimed the withdrawal delays were due to “technical problems,” and not because the bitcoin exchange had “lost” 750,000 of its clients’ bitcoins. The lawsuit claimed Mizuho “stood silent while allowing the public to continue being duped.”

The bank, a part of the Mizuho Financial Group, argued in the Chicago courts that the case belongs in Japan. But on Monday, U.S. District Judge Gary Feinerman dismissed Japan-based Mizuho’s reasoning on grounds that the difficulties of trying the case in the United States is nothing more than what is “routinely tolerated by courts.”

Mt. Gox, once the world’s largest bitcoin exchange platform, filed for bankruptcy in February 2014, saying it had lost more than 800,000 of its clients’ and own bitcoins, worth more than $450 million at the time.

Karpeles was arrested in Tokyo last year on charges of unlawfully extracting and using private electromagnetic records, according to Japanese media.

Meanwhile, a Chrome extension that promises to remove ads from a Bitcoin-related site was found to have been stealing bitcoins from users.

The extension is called the BitcoinWisdom Ads Remover, which removes ads from BitcoinWisdom.com. But aside from removing ads on the site, the extension was also stealing bitcoins from users when they try to make transfers on several bitcoin exchanges.

Bitcoin web app develop Devon Weller told Softpedia the extension was “secretly replacing QR codes with its own,” so users don’t realize that the Bitcoin address has been changed.

The extension has already been removed from the Google Chrome Web Store, but for those who are still running the extension, you have been warned.