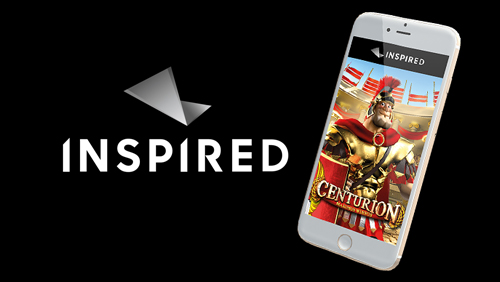 Centurion, Inspired’s biggest bonus game to date, will also be among the games available. Set in ancient Rome, this mega-bonus game provides maximus entertainment for customers – it’s no surprise that it was shortlisted for Game of the Year at the 2015 EGR Operator Awards.

Additional new omnichannel games from Inspired will be launching with Betfred soon, including Super Hot Fruits, The Guardians and Rise of Anubis.

Steve Rogers, CCO Digital Games at Inspired, comments: “We’re delighted to have signed an agreement to supply Betfred – a long-term valued customer – with our leading games for online and mobile, via our Virgo™ RGS. Our mobile business is growing rapidly from a combination of new partnerships, such as Betfred and the recently announced deal with NYX, and chart topping games, such as Rise of Anubis and Rush Football Live. It’s going to be an exciting year of new launches and we’re pleased Betfred is joining us on this journey.”

Betfred is one of the UK’s leading retail and online bookmakers – Inspired is its exclusive supplier of VLT gaming machines, technology and games. In December 2015 Inspired also announced that Betfred would be the first UK operator to launch its full range of new Mike Tyson gaming products, including an omnichannel Mike Tyson slot game and the knockout Virtual Sport ‘Rush Boxing,’ featuring ‘Iron Mike’ himself.


For more information about this press release, please contact:

Inspired is a global content and technology company, headquartered in London, creating the future of gaming and lottery entertainment. It offers unique Virtuals, Casino, Slots and Video Lottery games and technology in 35 countries around the world.

Having pioneered the invention of networked gaming in the UK over a decade ago, Inspired is at the forefront of the global digital gaming evolution with over 35,000 gaming terminals connected to its leading technology. Via this trusted network, Inspired provides fresh gaming and lottery content to operator-controlled devices in shop, online and on mobile.

Its Virtual Sports are the most original and trusted Virtuals in the world. Created by a BAFTA award-winning team of graphic designers and sports betting experts, Inspired is always pushing the boundaries to create ever more compelling virtual entertainment experiences.