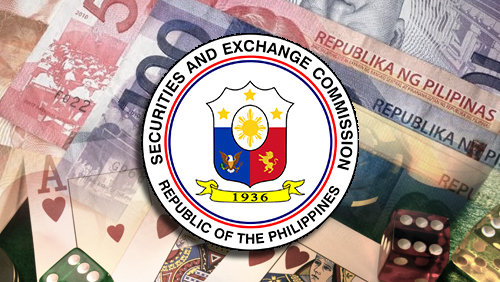 eports of money laundering activities involving Philippine casinos have prompted the local Securities and Exchange Commission (SEC) to push for their inclusion to the Anti-Money Laundering Council (AMLC).

SEC chairperson Teresita Herbosa told local reporters the commission is calling for changes in the country’s Anti-Money Laundering Act (AMLA), including requiring casinos to report any suspicious monetary transaction to the AMLC.

Herbosa was quoted by The Manila Times, saying: “We are pushing for the casinos’ inclusion. We have the international commitment to do so. Worldwide, casinos are already covered. Perhaps, we are one of the few countries which have not included casinos as covered persons.”

Having casinos included in the AMLA coverage will also prevent the country from being blacklisted by the Financial Action Task Force (FATF). Herbosa said the Philippines has already been placed in FATF’s grey list—along with other countries that have inadequate anti-money laundering laws—three years ago.

“We have international commitments worldwide,” the chairperson said, according to The Philippine Star. “Three years ago we were in the grey list. Unfortunately, casinos were excluded at the last minute and now FATF is asking us again about the status.”

Under the AMLA, foreign exchange corporations, money changes, insurance companies, securities brokers and dealers, and property firms are required “to report suspicious transactions regardless of the amount, and any transactions of PHP500,000 (US$10,620) and above to the AMLC.”

Cristino Naguiat, , chairman of the Philippine Amusement and Gaming Corporation, told The Philippine Star in a separate interview that the gaming regulator was all for SEC’s suggestion, noting that they have “long been talking with the AMLC on this.”

Naguiat, however, stressed that even though casinos were excluded from the AMLA coverage, PAGCOR already “safeguards” in place such as requiring passports and proper identification from its players to prevent money laundering activities in local gaming establishments.

Recently, authorities reportedly uncovered the biggest money laundering in the country, involving some $100 million worth of funds transmitted to Solaire Resort and Casino, City of Dreams Manila, and Midas Hotel and Casino before they were moved back to bank account overseas.

The money was allegedly owned by a junket client based in Macau and was used to “buy chips” or “pay for casino losses.” Naguiat pointed out that high rollers who remit cash to the accounts of casino operators get non-negotiable gaming chips in exchange, not cash.

“These are non-negotiable chips. They use these to play. They only get cash if they win,” Naguiat said, according to The Philippine Star.

PAGCOR said that it has already launched its own investigation into the incident, and that it is waiting for the casinos to submit their comments on the report.