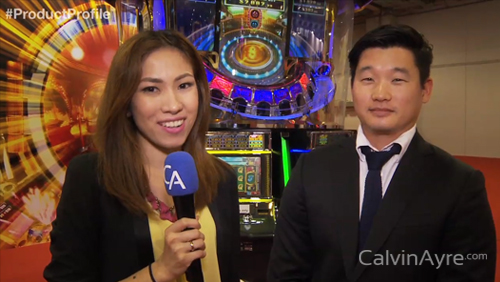 Charles Seo, product and marketing manager of Konami Australia, said when it comes to land-based casinos, it’s all about visual representation.

“It’s visual representation at the moment. Everything at the moment is about signages. It’s about LCD, lights, the music, the sound, the different games that people can play underneath it, so that draws the players in,” Seo told CalvinAyre.com.

A team from the University of British Columbia in Vancouver, Canada, recently discovered how flashing lights and loud sounds stimulate players. In their study, the researchers found out that introducing tone and flashing lights to their animal laboratory experiment resulted in “some shocking results.”

“When we added the cues, the behavior shifted. It was a really big shift towards risky choice,” the researchers said.

Seo agreed with the study, saying the players are really looking for the “excitement” element in games, whether in casinos or not.

“It’s the excitement, really. That opportunity to win that big prize depending on your bet and also the different stages of the jackpots. You know, you can essentially win whatever bonus wins multiplied your bets, so for players I think that’s where the excitement comes from,” he explained.

But Konami Australia took the principle one step further with its new product, a massive casino machine called the Titan 360, which combines the mechanical with the digital element.

“Essentially it’s there to amaze. I guess the floor presence, the size is what captivates people in the first place, plus the mechanical element. It’s not just the digital element, it’s mechanical. You see the balls rolling down and (the) new opportunities that players feel trying to get that ball into that different credit prizes or jackpot areas,” Seo said.

Titan 360 is already deployed in casinos across the United States, but Konami Australia is hoping to expand to Asia soon.

“It’s approved in the U.S. at the moment and it’s performing very well. Again, we brought it here in Macau to get feedback from the Asian countries, with the players and the venues. I guess it’s a key step for us with Konami being a digital entertainment and also an amusement company, we’re trying to work with our gaming department and trying to create something together, unify our product,” Seo said.