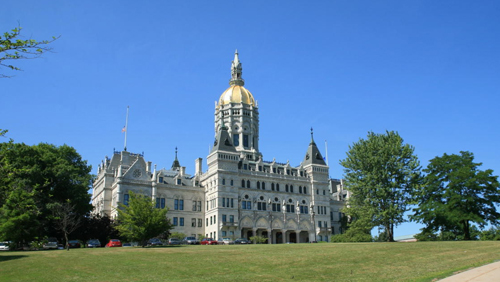 A new bill that would require Connecticut to study its plan to build a third casino could put the Mashantucket Pequots and Mohegan tribes’ joint venture in danger.

In a Thursday meeting of the Connecticut House commerce committee, Rep. Chris Perone raised a concept for the bill that would require the state to study “the costs and benefits of establishing commercial gaming.”

The study would be an analysis on how a third casino would affect jobs and revenues in the state, as well as consider whether to broaden the site search beyond the I-91 and Hartford corridor.

“Let’s make decisions based on the analysis of our overall gaming climate in the state of Connecticut,” said Perone. “That’s what this is really about.”

This would be an additional hurdle for the tribes in addition to MGM Resorts’ pending lawsuit challenging the statute that allows the tribes to search for the site.

Connecticut AG George Jepsen said that the legislature has allowed the tribal leaders of tribes to seek proposals for a location of a possible future commercial casino but MMCT still requires another act of the legislature to expand casino gambling beyond their respective reservations.

The tribes are in the process of choosing a site from four municipalities that responded to its request for proposals. And the project is slated to compete with the $960 million MGM Springfield, which will open across the border in Massachusetts in 2018. But if the bill were to pass, the chance of the tribes opening first, perhaps in late 2016, would be impossible.

The details of the bill still need to be drafted, according to Perone, but he expects the bill to come to a public hearing on March 1.