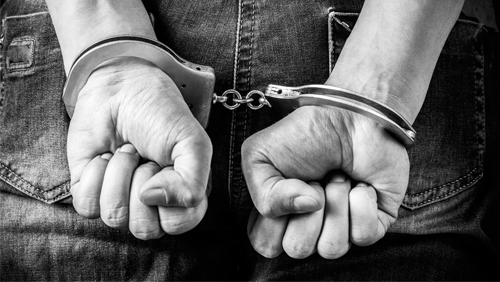 Three young players of Bundesliga club Hannover 96 got arrested for trying to play Ocean’s Eleven over the weekend.

The gangster wannabes were en route to rob a gambling hall in the north German city. They had everything planned. The trio were equipped with balaclavas and air pistols and driving a car with fake plates. However, the teenagers chickened out and decided to call off the plan.

That could have been that. But the police’s attention was drawn to the group when the trio left their vehicle in a no-park area and forgot to unscrew the two different stolen car registration plates.

A search of the vehicle revealed the masks and guns and the three were taken into custody, where they admitted their plan in separate interrogations.

“In addition to possible attempted robbery, the trio have to answer for forging documents and vehicle registration plate theft, as the vehicle they used had stolen plates,” police spokesman Gabriela Mielke told Bild. The assumption that the car was stolen was not confirmed by its owners, as the Audi had been used by their 18-year-old son.

The police are still investigating the incident.

The club, which currently ranks last in the Bundesliga standings, confirmed the incident and said that it has suspended the three players on Sunday. The players were on the roster of the Under-19 team.

“We condemn this as a club, it has nothing to do with the moral principles of [Hannover] 96,” club spokesman Christian Boenig told SID, an AFP subsidiary.