New research shows that majority of NFL fans want a change in current sports betting law in the US. 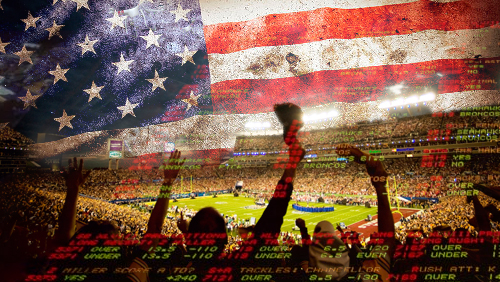 The Denver Broncos meet the Carolina Panthers on Sunday in Super Bowl 50, which is expected be the most wagered sporting event in 2016. But did you know how many fans would like to be able to bet legally to this big game?

The American Gaming Association (AGA) said a new survey showed that 80% of the Super Bowl fans want want to change current sports betting law in the US while 66% said that the question of whether or not to legalize sports betting should be decided on a state level.

The research sample consisted of 800 completed interviews between January 25 and 28.

41% of 47 million viewers have either bet on the big game or have placed some type of sports bet in the past year.

Meanwhile, another survey conducted by The Mellman Group shows that 65% of Super Bowl viewers believe that regulating sports betting will strengthen the integrity of games while 72% think that it legal betting be safer for the consumers. Further, 68% said that regulated sports betting will generate tax funds for the state and 67% viewers will more likely to watch the game if they can bet on it.

Why is the AGA showing us all these numbers?

The AGA believes that gaming companies provide a mainstream, legal form of entertainment and that the industry can work closely with sports leagues and law enforcement to crack down on corruption.

Major pro sports leagues were actively fighting sports betting, fearing that it might damage the integrity of the games. But things are changing. NBA commissioner Adam Silver considers regulated sports betting “inevitable” and has taken every opportunity to strengthen his case of bringing sports gambling “out of the underground.”

Major League Baseball commissioner Rob Manfred has said the topic needs “fresh consideration,” and the NHL is considering putting a franchise in Las Vegas, while an NFL team is (allegedly) considering doing likewise.

But thanks to the 24-year-old Professional and Amateur Sports Protection Act (PASPA), which prohibits US states, except Nevada, Oregon, Montana and Delaware, from offering intra-state betting on sports, the activity is still illegal in the majority of states.

“America’s passion for football is rivaled only by its enthusiasm for sports betting,” said AGA CEO Geoff Freeman. “Fans believe regulated sports betting enhances the game experience, deepens their engagement with their favorite athletes and teams and protects the integrity of games.”

“This first-of-its-kind poll shows clear support among Super Bowl viewers for a state-by-state regulatory approach to sports betting,” said pollster Mark Mellman. “If the public had its way, public policy would change.”