Home / Poker / Confessions of a Poker Writer: Getting The Sack 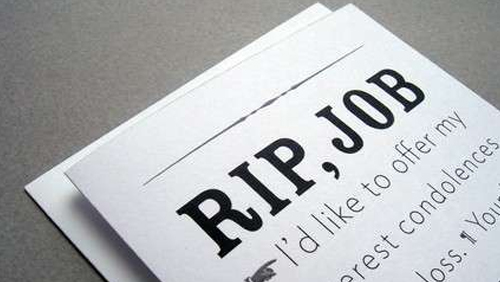 Lee Davy continues his confessions series talking about the reasons behind a recent loss of contract, and how we can all learn from his experience, in more ways than one.

Someone has just sacked me.

It’s not the first time. It’s happened once before. There was a third time that felt like a sacking. None of them were a surprise. As I moved towards the climax of each case, a cloud of negativity was choking me.

This sacking was quite comical.

Just before I tucked into my Christmas lentil loaf I wrote to you about my 12 Week Planning. If you missed that article, it was a synopsis of the way I manage my goals, planning and action.

I now manage this in four three-monthly blocks – the first being Jan-March. One of the areas I needed to improve upon was finances. I needed to cut costs (not eating out in the month of January) and increase revenue (asking my paymasters for a raise).

Before the fireworks hit the sky I was earning money from three sources:

The first of the three I approached for a raise was Poker Update. They refused my proposal. I provided a counter proposal. They sacked me. The pungent and insidious smell of death was in the air. I wanted revenge. Even the meanest of men buckle when brushed under the carpet.

But then I meditated.

I came out of the other side realising that I deserved it.

As with all things in life you have to search a little deeper to understand the root cause of an issue before you can try to learn from it. I may have received my marching orders in that final e-mail, and while it may be easy to use the ask for a raise as the reason I got the boot, that would only be satisfying my ego.

The sacking began when there was a change in the organisation. The person who hired me, and who I reported to for direction, moved on and was replaced by someone else. The previous incumbent allowed me free rein to write what I want. Freedom of expression is hugely important to me and why I love working for the people that I do.

The new boss didn’t work like that. I felt controlled immediately. It’s an issue that goes way back to when I was a child. I don’t like it. I react very poorly to it, like a petulant child. And that’s how it went. Every e-mail I sent to my new boss was riddled with anger. And my handler reacted in kind.

When you lose respect, as I did, your work suffers. You stop caring. I started to put the importance of this contract behind everything else. I missed deadlines repeatedly. I backloaded my work at the end of the month, instead of sending it through weekly. I stopped promoting the articles with my usual vim and vigor because of a decrease in pay.

Most importantly, I started talking to my wife about how much I hated working for this company. It was this factor; I believe played the most important role here. Your thoughts produce your life. Think positively and positive things will happen. Think shit and you will eat, drink and sleep shit.

We were a bad fit.

I should have left a long time ago.

I needed the money.

I had just stopped working for the World Poker Tour (WPT) because I wasn’t happy. The loss of that contract affected me financially. I wasn’t ready to lose another one.

Or so I thought.

My wife is American. I am British. We live in Wales. Liza’s visa expires in May. I was completing the paperwork to submit to the powers to be for an extension.

The flood started to descend from the mountain.

What’s inside this daze?

My immediate reaction is to complain. Here comes that negativity again. Only, this time, I caught it. Liza and I did some tapping over it (EFT), and ended laughing hysterically about the whole thing. We prayed that night. We asked the universe to send us a sign by the end of the week that £3,800 would drop on my doorstep.

We went to sleep feeling a lot better.

I meditated for 20-minutes.

I picked up my phone, and it rang instantly like that scene in The Matrix when Morpheus delivers a mobile phone to him in his office. It was an audiologist. He wanted to arrange a date for my second hearing test. It was for an industrial deafness claim. I had forgotten about it. Perhaps, I need a test for industrial Alzheimers? The firm dealing with my case said I could expect £3,000-£5,000.

And the contract with Poker Update?

They are a great company for any poker writer. I am sure my handler is a beautiful person. I know that everyone else who reports to this person gets along with them just fine.

I learned an invaluable lesson.

I hope you can too.

But before you go…

My ex-wife also sacked me. She asked me for a divorce after 15-years of marriage. It’s such an awful feeling when someone lets you go. Suddenly, this house that has contained so much love for so long becomes a house of death. The floorboards suddenly become cold, and you are always walking around barefoot.

I had nowhere to go.

I moved in with my parents.

I gave everything I owned to my friend.

Then I met my new wife.

I wouldn’t change the past for anything in the world.

I also felt like shit when I left the railway. I had worked there for 19-years, and I hated it because I hated the man who was ordering me around. I have written continuously of my joy of being allowed to leave. What I have not written about so much is the abject misery I felt because I was permitted to go without a fight. Nobody asked me to stay. They wanted rid of me.

That’s all it is.

A few days after Poker Update let me go I still had a bruised and battered ego. I then received a call from 888. I have started writing for them. I like my new handler. I like the freedom that I have, and I am earning more money. I have also learned from my time with Poker Update to show more respect, and to slow down, and think if things aren’t going my way.

Why did I pick up a contract as soon as I lost one?

It happens all of the time.

If I were to have a guess, I would say it’s because I have a conviction that money will always come my way. I see the same thing in most poker players. This confidence creates a tremendous amount of positive energy that I emanate into the world. The world is like a mirror. I am happy with what I see.

WSOP Gold: How the ‘I Knew It’ call killed the Johnny Bax dream
Paul Seaton
3 hours Ago