As an iGaming professional who has been attending industry conferences since 2005, its been an interesting ride watching organizers come and go, innovate and grow, start working together such as SiGMA and Clarion are doing at ICE 2016 and even acquire such as Clarion is doing with iGaming Business. 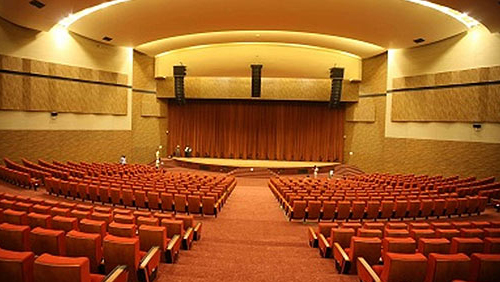 2015 was a decent year for conferences with the big companies putting on garish displays on the expo floors as usual, but I would say the big focus this year was on start-up companies and the innovation coming from those start-ups.  Sessions dedicated to Daily Fantasy Sports and eSports were also key focuses this year and were covered at just about each conference listed below.

There were also a few niche events introduced into our calendars in 2015, several of which have a lot of potential and are included in my list.  The rest are staples in our calendars but have earned their right due to consistent delivery from the industry’s conference organizers.

For the first time ever, the Matchbook.com team organized a conference for sports betting traders and pro punters at the Emirates stadium in London.  Over 350 professionals turned up and were impressed with the quality of sessions, networking opportunities, venue and surprise appearance of Matchbook, Brendford FC, FC Midtijylland and Smartodds owner Matt Benham.

The BAC made a controversial move this year from Barcelona to Berlin, disappointing delegates who appreciate warm weather in the fall and delighting delegates who love the edgy vibe and unique nightlife in Berlin.  Regardless of preference, iGaming Business did an outstanding job bringing together the operator, affiliate and financial betting industries, leaving everyone excited for 2016’s event.

The seventh annual MiGS was an intimate event, bringing together over two hundred senior iGaming professionals from Europe, UK, US, South Africa and beyond.  The healthy mix of work and pleasure was a unique feature of MiGS, with delegates enjoying activities such as a harbour cruise, Zorb Football, a charity dinner and plentiful cocktail events.  Calvin Ayre’s appearance on the “Century of iGaming” panel was also a nice treat, the first time he has participated in a panel for several years now.

Tying in nicely with 2015’s emphasis on start-ups and innovation, the industry’s first iGaming Entrepreneur Conference was a big hit.   The purpose of the event was to connect entrepreneurs with investors interested in iGaming businesses and to educate both parties on how to move forward.  Thirteen start-ups took booths to show off their innovations and two tracks of sessions ran throughout the day, one for entrepreneurs and the other for investors.

Clarion did a nice job this year with EiG, bringing some life back into the event and hosting a variety of quality sessions for delegates.  While the event itself might feel “smaller” than in years past, the opportunities for networking and having quality conversations on the expo floor are solid.  EiG’s focus on start-ups and innovation this year was the best of the bunch, in my opinion.

This year the iGaming Super Show returned to Amsterdam’s RAI, but was located in a different hall and delegates loved it, in particular the proximity to a canal-side outdoor pub.  The expo floor and sessions were busy, plus iGaming Business organized niche-specific networking activities for delegates to facilitate intros, an appreciated feature as the Super show was the largest event of the year dedicated to the iGaming industry.

The LAC always serves as the largest and most important event of the year for the iGaming affiliate industry.  This year did not disappoint and iGaming Business’s reliable performance guarantees the LAC as the best way to kick off a good year as an affiliate program or affiliate.  2015’s highlights included the appearance of football legends Harry Rednapp, John Barnes and Rio Ferdinand, a variety of SEO tips and tricks sessions and of course, the parties.

The organizers of G2E Asia were proud to report the largest numbers in every respect for 2015 since the event’s inception.  The conference floor was packed with innovation in the Asia-facing gambling industry and sessions were dedicated to the declining revenues in Macau and regions where revenue is growing.  After its performance in 2015, G2E Asia remains at the forefront as the must-attend event of the year for anyone working in the Asian gambling industry.

ICE Totally Gaming is consistently on the “must-attend” list for anyone working in the gambling industry, online or land-based.  In 2015 Clarion expanded the event’s reach to start-up companies with “Pitch ICE” and “Start-up Incubator”, included more sessions on emerging markets and crypto-currencies and as always, featured an expo floor packed with an international crowd perusing incredible booths and gimmicks.

Las Vegas, in my opinion, is the best city in the world for conferences of any industry, let alone the gambling industry.  G2E is consistently home to the biggest and best booth displays, celebrity appearances and networking events of the year and 2015 delivered on our expectations.  Mike Tyson’s presence at the Inspired Gaming booth was the highlight, I also enjoyed All-in Translation’s “Hangover” Allan impersonator and the DFS/eSports panels were top notch.