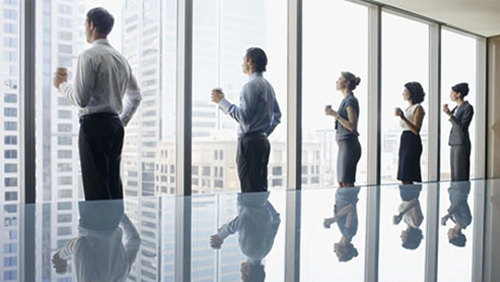 In this week’s Confessions series, Lee Davy talks about the age old saying that you are the sum total of the five people you spend the most time with.

I once bumped into my old English teacher in the fruit and veg section at the local supermarket. I was a nuisance when I was younger, so I apologised to her.

She burst into tears.

In between the bubbling mess and the sprouts I heard something like this: “There were many nights when I would go home, after teaching you, and I would cry and cry and cry.”

I used to sit next to my mate Jason. We called him Tina because his surname was Turner. So I sit next to Tina, and he asks me to sit somewhere else. I thought he was having a laugh. He asked me again. To cut a long and childish tantrum short he told me that his parents had asked him to stay away from me because his teacher had told them that I was dragging him down.

I thought he was a prick at the time. I told him so. And here, in the middle of the fruit and veg aisle, crying her eyes out, is the person responsible.

Both Tina and Mrs Kingscott (that was her name) have been on my mind ever since I had a chinwag with my new friend Guy this morning. I was talking to Guy about an issue I have with my business. I don’t earn enough money to live the life I want.

Guy is a very successful businessman. He also rowed across the Atlantic. It took him 73 days. He rowed for 2,600 miles. I told Guy my problems and Guy gave me his point of view. I then thought about Tina and Mrs Kingscott.

What advice do you think a man who rowed the Atlantic gave me? Do you believe it was excellent or adequate? His thought process made me feel small. I was small. My thinking was small. I had developed this small town mentality. It was a foul phantom.

I needed to think bigger.

Liv Boeree was the first poker player that I interviewed face-to-face. It was at the Celtic Manor, Cardiff. I was starstruck. After that interview, I would approach her as if she was my friend. She never reciprocated. I always felt like Liv was keeping me at arms length. There was a standoffishness about her behaviour. An inauthenticity. It turned me off.

These days, when I see Liv, she is a different person. Her energy is different. She is a natural hugger. She smiles. She is very welcoming. She has time. There is an effervescence that I never noticed before because it wasn’t there before.

In my opinion, the change in Liv has been brought about because of her relationship with the effective altruism movement. As she became more involved with people who put the needs of others before their personal needs, so did she. Yesterday, she was a super successful poker player who wanted to be even more successful and famous. Today, she wants all of those things, but because she wants to leverage that fame and fortune to reduce suffering in the world. Two different energies.

Tina was right to tell me to sit somewhere else. I had dragged him down. It must have taken tremendous courage for him to tell me to move seats that day. We were mates. We continued to be mates. He knew that if he continued to allow me to influence him during class, he would not pass his exams. When he left school, he joined the Royal Air Force (RAF). I joined the local kitchen factory.

WSOP Gold: How the ‘I Knew It’ call killed the Johnny Bax dream
Paul Seaton
2 hours Ago