Genting’s poker business has released its 2016 Genting Poker Series schedule, and the buy-ins have decreased considerably from previous years indicating that the recreational poker model is reaching the live game.

When the father of the recreational poker model, Jonas Odman, laid out his plans for the future of online poker, one imagines he was paying little thought to the live game, but his influence is spreading in that direction like an ivy-choked window.

To all intents and purposes, the 2015 Genting Poker Series (GPS) has been a great success. Only one of their £440 buy-in Main Event’s missed their guarantee, and that was only by a few quid. Genting’s poker team could maintain the status quo. But that isn’t happening. 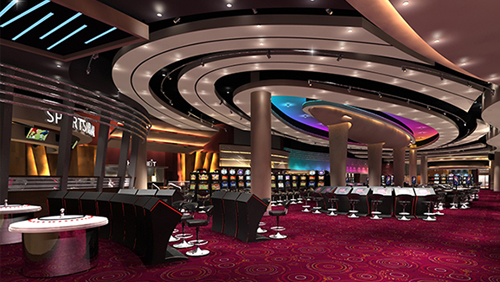 They powers to be have released the 2016 GPS schedule and the tour has made a significant directional change. Of the 16 new events, only three of them will carry a £440 Main Event buy-in (Westcliff, Edinburgh and Sheffield), leaving 13 £220 buy-in events.

The Mini/Main Event model that Genting deploy is similar to the World Poker Tour (WPT) National/Main Event model albeit on a much smaller scale, and in recent years the WPT has reduced their Main Event events in favour of more Nationals. It seems the same violins screech at the UK grassroots level.

As a grassroots player myself, this makes total sense. When my friends and I talk about playing in tours such as the GPS the conversation doesn’t center around prize pools and guarantees. All we are worried about is taking enough money our of the wife’s piggy bank to afford the buy-in. At £220 it’s much more affordable for the working class warriors.

There will also be two new stops.

The Genting Casino in Torquay will host a £220 Mini Nov 10-13, and the people will be able to smell the fresh paint at the Genting International Casino in Birmingham with another £220 Mini planned for Aug 18-21. The casino will be offering £755,000 in guarantees throughout the new season, a £35,000+ increase on 2015. The GPS will reward Mini final tablists with a £440 Main Event seat at a destination of their choosing.

Matt Davenport finished off the 2015 GPS in style after overcoming 360 entrants to capture the first prize of £37,000 in the £440 Main Event in Sheffield. Ali Mallu (2nd) and Iwan Jones (9th) also made the final table.