Brisbane-based start-up MeVu is set to join the burgeoning eSports betting market with a roll out planned for the Australian and Oceanic markets before moving into Asia, Europe and the UK. 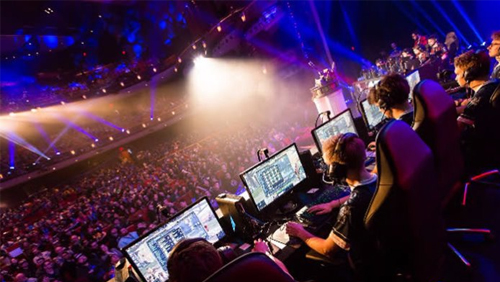 When you have a sports market fast approaching a billion dollars, and over 100 million viewers worldwide, it’s safe to say that there will be people desperate to have a gamble.

That’s the situation facing the eSports industry, and the betting space is about to get denser with the arrival of MeVu. Today, a landing page. Tomorrow, the world?

“Think you know eSports? Prove It?”

That’s the challenge that the Brisbane based business has laid out. They will be hoping a multitude of punters take up their offer.

MeVu sells themselves as “The eSports betting community.” They plan to open their platform first to players in Australia and Oceania. These lucky punters will be able to place real money bets, and compete in specially organised leaderboards.

Once they have wet their paws in local waters, MeVu has plans to move into other markets such as Asia, Europe and the UK. eSports enthusiasts in these markets will still be able to access the site, and take part in leadership events, before launching real-money gambling in their regions.

Founder and CEO Philip Barclays has put together a small but powerful team of eSports lovers with a combined 25-years experience in both gambling and gaming worlds. This is what he had to say about the impending launch:

“Having organised and played in eSports tournaments myself for 10 years now, I have seen how gambling has helped overseas markets grow and wanted to give back to eSports myself. If gambling is going to continue to grow into eSports, I wanted the opportunity to do it right; a platform built for gamers, by gamers.”

In a recent guest blog post on CalvinAyre, Luke Cotton, eSports Specialist at Digital Fuel Marketing, wrote there was an estimated $4.5m wagered on Counter-Strike: Global Offensive (CSGO) on the black market PER DAY, with figures for DOTA2 expected to be higher still.

There is a reason that Dallas Mavericks owner, Mark Cuban, chose to join a group of investors that ploughed $7m into eSports betting platform Unikrn. It’s a business on the rise, and MeVu is about to join the party.