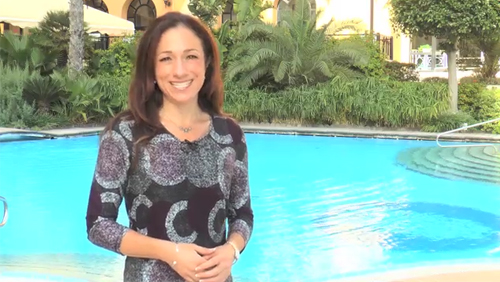 The third day of MiGS 2015 was quieter than day one and two, but the sessions were still full and the atmosphere was relaxed and cheerful. The morning consisted of “fishbowl” style sessions touching on topics such as eSports, DFS, payments and advocacy followed by an afternoon filled with networking activities.

Duncan Fenech, Secfone’s Managing Director, explained the technology as patented proprietary MVCN enabling “end-to-end communication between devices leaving no single point of attack on the network”. He also described the technology as cost effective and user friendly, making it the perfect solution for iGaming professionals who communicate sensitive information to colleagues and clients around the globe.

Fifteen-year fantasy sports veteran Jon Triggs of Chroma participated in today’s eSports and Fantasy Sports panel and shared his thoughts on DFS expansion across Europe and beyond. He predicts the appetite for DFS in the UK will be healthy, attracting the more casual punter and potentially acting as a substitute for those who enjoy in-play betting. The instant gratification and “softer” way for people to engage in sport will be appealing to the UK punter, he said.

Triggs believes Draft Kings will do well in the UK, but said they will have to re-brand as the English will not relate to the term “draft” nor will they relate to “soccer” or want to play in USD. He said traditional UK-facing sportsbetting operators will likely add their own DFS product in order to compete with giants such as Draft Kings and FanDuel.

Markets ripe for DFS expand beyond America and the UK according to Triggs, namely Europe as a whole, Australia, India and Africa.

The Honorable Herrera, Malta’s Parliamentary Secretary for Competiveness and Economic Growth, delivered today’s closing presentation. He confirmed over 400 delegates were present for MiGS (40% from outside Malta and 23 different countries represented as confirmed by organizer Sue Schneider).

“MiGS is the ideal event for anyone involved in the industry to come together to share best practices and ideas”, Herrera said. He recognized the great opportunity for networking MiGS provides and how it serves as a showcase for those seeking employment. Herrera communicated how proud he is of the growth of the event and its attraction of such an international crowd.

After the MiGS conference sessions officially concluded, delegates were invited for poolside drinks and snacks and a brave few went on to play Zorb Football. Sue Schneider was the driving force behind this innovative activity and all participants loved the concept, strapping themselves into a “one man body zorb” and sending opponents flying as they rammed into each other.

To officially wrap up MiGS 2015, all delegates were invited to an ABBA Tribute Act VIP closing party organized by AliQuantum’s Andy Jones, a party we are all sure to remember.

When looking back on MiGS, the event was intimate and content driven but also featured unique networking opportunities, providing literally something for everyone. The “work hard, play hard” atmosphere of the event was executed expertly and delegates will surly head home saying they had a fantastic time in Malta.