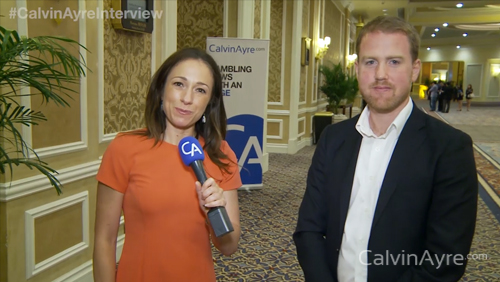 CalvinAyre.com’s Rebecca Liggero and AGTech’s Geaspar Byrne discuss the current state of lottery in China, particularly the ban of online sports lottery in the country.

Online sports lotteries in China had been climbing a steady path to success, until Beijing ordered a suspension on online lottery sales last March. Geaspar Byrne, head of corporate and strategy for AGTech, believes it was this early success that had caught the ever watchful eye of the government.

“The market had grown. This distribution channel seems to be very, very successful. There was a lot of volume going through it,” Byrne told CalvinAyre.com. “I think [the] ban had happened in the absence of clear regulations, best practice and also in the absence of really strong technology systems.”

According to financial services firm North Square Blue Oak (NSBO), which specializes in China’s policy moves, the clampdown was prompted partly by the fact that some online operators were “not registering all of their sales.” The country had allowed two companies—500.com and China SMG network—to operate online as part of a pilot program, but there were other sites—Alibaba Group, for instance—the offered online lottery services before the clampdown.

“Right now the only lottery tickets that can be bought are through the lottery stores,” Byrne noted.

Lottery offerings today have gone beyond numbers, particularly in China.

“The lottery in China has expanded its product very significantly. It originally started in 1987 just with the weekly lottery game. [Now] we have high frequency number games played every 10 minutes. We have instant scratch cards. We have single match football and basketball betting. We have virtual sports betting on car racing and football products… and you also have VLTs (video lottery terminals), so pretty broad range,” Byrne said.

Despite the ban, the AGTech executive sees a rosy future for online lotteries in China. He said the government has recently started testing a mobile lottery system in one of its provinces, which could pave the way for an “intra-provincial mobile-based lottery sales solution.”

So for companies wanting to get a piece of the lottery action China, Byrne has this piece of advice: find a local partner.

“They should research the market very carefully and I think they really need to find a local partner,” Byrne explained. “You’re unlikely to have much success going straight in to China and team up with one of the operators directly. What you should probably do is try to find someone, a local who already has those relationships and who is in good favor with those operators who can successfully help you to introduce your technology.”