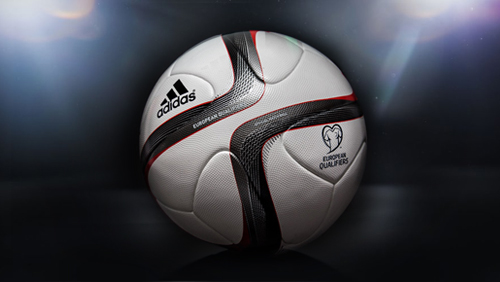 The 2016 European Championships has completed its group stages with minnows Wales, Northern Ireland and Albania gaining the automatic qualification.

What do Ian Rush, Mark Hughes and Ryan Giggs have in common?

They are world class footballers who failed to play in a single major national football competition. It was a curse I was sure would afflict Real Madrid’s Gareth Bale. I’m glad to say that I was wrong.

The Welsh were assured victory despite losing their first game of the campaign away in Bosnia after Cyprus beat Israel by two goals to one over the weekend. Bosnia and Herzegovina secured a play-off place from the same group. Belgium goes through as group winners.

Wales are not the only minnow nation that has made it through to the Finals in France next year, and they have the decision by UEFA to expand the tournament to 24-teams to thank for that.

Wales have Bale and Ramsey; Ireland are not so fortunate, but Michael O’Neill has somehow managed to invoke a team spirit that has seen them top Group F ahead of the Romanians. Hungary finished third to establish a playoff place.

Back to 1958, and that was the last major championship that featured all four of the nations that make up the United Kingdom. What were the chances that history would repeat itself?

It was very close.

England was the only team to qualify for France without dropping a single point. That left Scotland as the final piece of the UK jigsaw. Gordon Strachan’s team were unable to finish off the puzzle. They narrowly missed out in a very tough group that saw World Champions Germany and an impressive Polish side finish in the top two spots. The Republic of Ireland made the playoffs, after a stunning home win against the World Champions. Switzerland qualified as runners-up in England’s group, and Slovenia took the playoff spot.

Continuing with the minnow theme and Albania qualified for their first major tournament. Along with the Northern Ireland story, it was the shock of the qualifiers, as they finished runner-up to Portugal in Group I.

Denmark will have to settle for a play-off place.

Another team that qualified for the first time in their history is Slovakia. They did qualify for the 2010 World Cup but have never played in a European Championship until now. The Slovaks finished second in Group C; back-to-back champions Spain won the group, and the Ukraine will go through to the playoffs.

The only real shock exit of the qualifying round happened in Eindhoven. Struggling Holland needed to beat the Czech Republic at home and hope that Iceland could do them a favor against Turkey, but were three goals down in 66-minutes, playing against 10-men. The Dutch pulled two goals back, but it wasn’t enough. The 2014 World Cup third-placed finishers will have to make do with a berth in front of the TV set next summer. The Czech Republic won the group; Iceland qualified as runners-up, and Turkey qualify automatically as the top third-placed team.

The Italians and Austrians also qualified without losing a game. Italy topped Group H, and the Croatians finished as runners-up despite having a point deducted after some moron painted a swastika on their pitch that ended up being shown around the world. Norway made it to the playoffs. The Austrians finished ahead of the Russians, and Sweden finished third in Group G handing them an opportunity of qualifying via the playoffs.

All of that means the following:

Denmark, Norway, Sweden, Hungary, Slovenia, Republic of Ireland, Ukraine and Bosnia and Herzegovina will compete in four playoff ties.
The draw for those ties will take place on 18 October.