Home / Casino / NagaCorp Remains a Risky Investment for Income Only 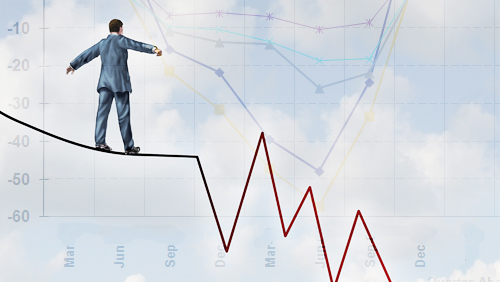 Back in May when I last covered Nagacorp, the stock was trading at $5.73 on the Hong Kong exchange. I had said the following:

Cambodia’s NagaCorp is slowly growing its VIP segment, quite nicely in fact, with fundamentals improving largely due to the Macau situation. But if you’re looking for quick sustained gains, Cambodia is not the best choice. An investment in NagaCorp should only be taken with 2020 in mind, scaled in slowly on down days. Try to get a good price and buy the dips. Don’t go chasing… scale in on down days you can aim for a breakeven year in terms of capital growth, earn the high dividends for some income, after which NagaCorp should grow nicely from 2016 through 2020 as it absorbs more of the Macau junket market and expands.

This is pretty much what’s been happening with the stock since then, now trading at $5.22, with the jury still being out on 2016 through 2020 for reasons having to do with the spacetime continuum and such.  Even before that last word, I had said back in June 2014 that, “The time to buy Nagacorp…will be after China becomes a full blown crisis sometime in 2015/2016.”

A look at the chart since June 2014 pans this out, and shows why Nagacorp should not be chased but only bought on dips for income and the long term. 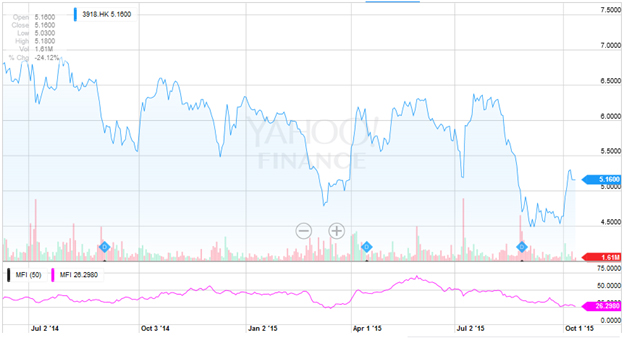 Down 25% since June 2014, Nagacorp shares keep gyrating and it’s becoming somewhat safer to buy now, though I wouldn’t say I fully recommend it. The company’s fundamentals continue to look good nevertheless. First, the numbers, which center on VIP revenues. According to its latest financials over the last 9 months, VIP revenues are up 46% and mass market is up 16%. Growth from China was the strongest at a year-over-year increase of 22% and over 330,000 visitors for the first six months of 2015. Despite Chinese growth, its biggest market is still the Vietnamese.

Nagacorp is also still financially a very healthy company. No debt and plenty of cash means expansion, which is exactly what Nagacorp is planning. The latest news is that they are looking into Cyprus, which would be the equivalent of buying real estate in Detroit, in the good sense. Cyprus has been depressed since the 2013 bank bail-in and investment there will be cheap. It seems that anywhere there are Greeks and Turks these days, some serious upheaval happens, and Cyprus has both Greeks and Turks.

However, as CalvinAyre alumnus Vince Martin points out, while the numbers are certainly positive, they are skewed a bit too positively and try to sweep a 30/70 revenue sharing deal with one of its gaming machine suppliers under the rug. The other problem as Vince points out is revenue concentration, which is admittedly a universal problem when dealing with junkets and VIP rollers. Junkets bring their VIPs over and it looks great as long as it lasts. but this is a fickle bunch and when they leave, it looks really bad. Nagacorp will look fundamentally sound as long as the VIPers keep partying in Cambodia, but the bite once they leave can be poisonous, as Macau investors know all too well. NagaCorp’s 5 largest junket operators account for 32% of the group’s total revenue, with the largest one counting for 11%. These junkets also account for 65% of total cost of sales. Very expensive indeed.

Meanwhile, China continues to contract as Chinese imports fall for the 11th straight month, and it is hard forecast when this decline will actually start eating into the Chinese superrich as a class. At some point Nagacorp will run into Peak VIP, either because the Chinese government decides it wants them back in Macau (unlikely in the near future) or because the superrich actually become seriously affected by a Chinese bust much worse than what has happened so far. Either way, Nagacorp has to expand its business approach beyond attracting former Macanese high rollers.

This it is doing by looking into Cyprus and the Primorye region of Russia, but these are years into the future. Whether Nagacorp is a good buy for capital growth now depends on how much longer you think they can keep growing their VIP revenues and benefit from a shrinking Macau. My guess is that that segment of the business can keep growing for 2 more years or so, maybe 3, and after that NagaCorp will have to step it up into new markets.

The other thing to watch out for is, as always, government, which may decide one day that it doesn’t want any “money laundering” in its borders. Watch out for any statements against gaming by Cambodian officials. If you’ll remember, just as SpringOwl’s Jason Ader pointed out that the Chinese were protecting Macau by shutting down rivals and cited this as a reason to invest in 2013, Cambodia is also protecting Nagacorp by forbidding competition in Phnom Penh. Any government that prohibits competition can turn into that same company’s worst enemy whenever it feels like it, usually just because some politician or two decide to flex some muscle out of boredom. And though Cambodia has come a long way since Pol Pot who killed off one quarter of the entire Cambodian population in the late 1970’s through forced communized farming, the government may still have a taste for some good old capital controls just for kicks.

On that note, leaving Pol Pot aside, NagaCorp remains a good income investment to be scaled in on down days with any extra pocket change you may have. It is now yielding 6.3% which is not bad at all, but don’t expect too much capital growth from this one until they start expanding outside of Cambodia. Keep an eye on Russia and hope that a new Cold War doesn’t start, and Cyprus could be a good move as well.