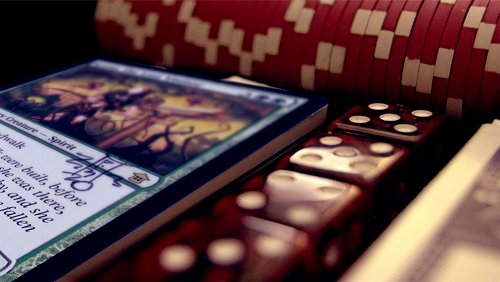 Lee Davy opines on the role that the eSports industry, and poker, have in creating relationships with sponsors that create a betterment to the world, and not solely go for the companies that offer the most cash.

My 14-year old son is one of the 44%. He spends a large percentage of his non-school time immersed in digital world’s that are alien to me. I ask him to go out and spend time with his friends. He politely points out that things have changed since I was a lad. His friends are online playing with him.

As a father I am often confused how best to sway his influence. I feel compelled to help him avoid my mistakes, and make better decisions-decisions that I was ill equipped to make. This leads to conflict as he strives to maintain his autonomy and individuality.

“How can we make this work?” I asked after one huge argument over the level of influence that I was trying to assert.

“Just continue doing what you are doing Dad. Be a good role model. I notice. Leave the rest to me.”

People we hold in higher esteem than ourselves influence us all heavily. When you are a teenager this is accentuated tenfold. So when I heard that the sports marketing and media services agency rEvolution had recently acquired eSports marketer NEXTGEN+MVPs, and created a new eSports consulting subsidiary called rEvXP – my ears perked up.

Evolution dictates that if 44% of the population are playing video games, then eventually they will get pretty good at them. Human beings have created forms of competition in the form of games and sports since we were playing Craps with sheep knucklebones. eSports was always going to be a huge business, and NewZoo CEO Peter Warman believes the industry will be worth $765m by 2018.

rEvXP will be hoping to plunge their shovel like hands into those millions through the right blend of endorsements, branding and sponsorship. The very best video gamers in the world could very soon be the next icons – role models that my son looks up to when I’m not standing over his shoulder telling him to turn it off and get to bed.

Matthew ‘Nadeshot’ Haag, 23, is an American Call of Duty (COD) player with 1.9m Twitter followers. Daniel Negreanu has 376,000 followers. Currently my son is more likely to be interested in Haag, over time that may change to Negreanu. Either way, both people could be role models for my child, and therefore it’s important to me that the brands that they are both paid to advertise lead to him making positive decisions, not just for his own health, but the health of the world as a whole.

Here is the million-dollar question: Does business have a social responsibility?

It’s a question that the Whole Foods co-CEO, John Mackey, asks in his fantastic book Conscious Capitalism, and the answer is a resounding yes.

“We next need to rethink why and how we engage in business to better reflect where we are in the human journey and the state of the world we live in today.” – John Mackey.

I personally think that community should always be a major stakeholder of any business, a view shared by Mackey. Businesses are often run by the community, their environmental and financial effects have a resounding impact on the community and isn’t the world one large community? Don’t we all have an interest in the health and wellbeing of the planet that we call our home?

People are probably going to read this article and think I am nuts. I know that. But I think it’s important for individuals within that community to have a voice. It’s important that their worries and concerns are aired. The ‘nobody will listen to me’ argument is poisonous and destructive.

I believe eSports and poker organizations have a responsibility towards the global community, as do organizations of all shapes and sizes. There needs to be awareness that the brands they choose to promote does make a difference in the way so many people view what is acceptable and not acceptable in the world. And that responsibility must begin now, whilst our industries are in fledgling status, because we will be big, and when we are we will reap what we sow today.

A while ago I wrote an article criticizing the European Poker Tour (EPT) for inking a deal with the confectionary and beverage company Suesswaren Grasel after they declared them the ‘Official Chocolate Partner of the EPT.’ I didn’t hear it myself but I believe I was ridiculed on an EPT live stream, by the commentators, because of my assertion that sugar is a bad thing.

According to the World Health Organization (WHO), the number one killer in the world is heart disease. It killed over 7.4 million people in 2012. According to the Centers for Disease Control and Prevention, the leading causes of heart disease are high blood pressure, high cholesterol, smoking, diabetes, obesity, poor diet, physical inactivity and excessive alcohol use.

Now I’m not suggesting that we all quit sugar, cigarettes and alcohol. I believe in a world where freedom of choice is paramount. But most of us are plugged into a world that creates a framework of what is socially acceptable, or not, and we fit into those societal frameworks, or schemas, and they become our beliefs.

Earlier this year there was an almighty scuffle between Formula One’s governing body and Eurocare, after a study showed that the 500 million viewers that watched the 2014 Monte Carlo Grand Prix were shown alcohol advertisements an average of 11-times per minute. There is a reason that in 2007 Guinness spent £10m on a 90-second TV commercial.

Poker organizations do their bit for the world. All of the most prominent live and online tour operators have philanthropic relationships with charities. How ironic it would be for an organization to support cancer related charities, whilst at the same time promoting products that lead to cancer related illnesses.

I’m not saying this is a problem.

But I am guessing this is not something that is readily thought about when the poker companies marketing department are given the goal to find a new sponsor.

This is why I am speaking up.

This is why I am raising awareness now.

Raising for Effective Giving (REG) and Charity Series of Poker (CSOP) are two organizations created by the poker community. These are two waves in a sea of change – a change that is allowing people to see poker in a new light. If poker is to gain market share in the spotlight that seems to be shining on eSports then we need to continue to show that we are much more than just the money.

Profits are essential for any business. I get that. But I also believe that focusing on the profits is not the best way to attract them. If you want to earn a ton of money then do not make ‘attracting a ton of money’ your primary goal. Work on creating a higher sense of purpose and the money will come.

I know that sounds all very hippy. I get that. But there is a plethora of organizations throughout the world that are proof positive that this way of thinking is not only alive and well, but it’s helping shape a better world.

I am currently listening to the Rich Roll podcast. His advertisements, at the beginning of his podcast, are annoying. I fast forward them, but I know that he needs to sell sponsorship in order for him to create podcasts that make a difference in people’s lives without him bearing the brunt of all the costs. But you are not going to see Rich Roll accepting a sponsorship deal with Coca Cola for all the money in the world. It goes against his values, and no money will change that. He will simply find a better way – one that aligns with his values, and the betterment of the world.

We need to garner those values. We need to search for sponsors that make a difference in the world. Firms of endearment that are ethical, help change people’s lives and improves the environment of which we live in. We don’t need to do business with junk food outfits, E-Cigs or confectioners.

The health of the supply chain of every organization is critical. Let’s start thinking bigger. Let’s start imaging planet earth as part of that supply chain. Let’s create conscious companies, conscious leaders and conscious sponsors; and let’s do it right now, whilst our little green shoots are preparing to head skywards at a rate that only a boy called Jack has ever seen before.