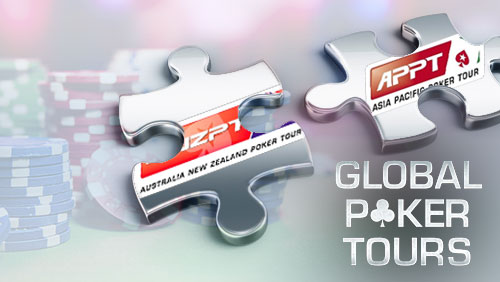 Melbourne will be the final resting place of the Australian & New Zealand Poker Tour (ANZPT) after Global Poker Tours Ltd, an Amaya Inc. brand, and the largest live poker tour operator in the world, announced plans to merge the ANZPT

with the Asia Pacific Poker Tour (APPT) from 2016.

The ANZPT has been in operation for seven seasons. ANZPT Melbourne Oct 8-20, 2015 will be the final event before the merger takes place. The ANZPT A$2,300 Main Event will operate Oct 16-20. The hosts, Crown Melbourne, are expecting to sign off with the largest ANZPT field ever. That current record was broken in this event last year when Edison Nguyen beat 515 other players to take home the $203,410 first prize.

APPT and ANZPT President Danny McDonagh paid tribute to the ANZPT, and their decision to maintain a Freezeout format in the A$2,000 range for their Main Events, and hoped for a great sign off in Melbourne: “I hope ANZPT Melbourne, at the fabulous Crown Melbourne complex, can set a new prize pool record.”

The APPT is keeping tight lipped about their Season 10 schedule with only the APPT Aussie Millions Jan 13 – Feb 1, 2016 being announced, although McDonagh confirmed that a second Australian APPT event is in the works for Season 10.