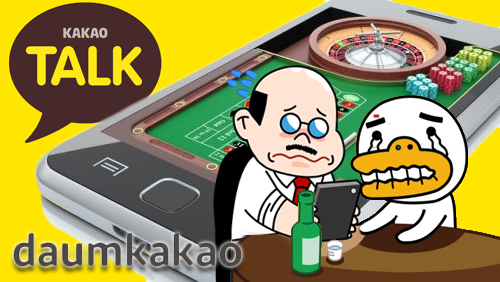 The clarification came after rumors that the messaging app, which boasts more than 100 million users, was planning to tap into the mobile casino market.

“Daum Kakao is not considering adopting casino content in the gaming platform,” the company said. “Although the introduction of casino games linked to social networking services is a trend in the global market, we have no plan to roll out such things,” a Duam Kakao official said.

KakaoTalk has 600 games connected to its platform and company said that although it is true that they are tapping into so-called web board games, they only include games like baduk, a popular board game in Asia and Korean card game Go-stop.

KakaoTalk currently has 140 million users and is available in 15 languages. The app is also used by 93% of smartphone owners in South Korea.

The social bingo room will be powered by studio Dab Gaming under its gaming development partnership with Northern & Shell titles.

The new bingo app, which is available on Facebook and mobile devices, lets users play with their friends while dabbing their bingo numbers in real time, with celeb Joey Essex as a bingo caller.

“As the biggest celebrity magazine in the country, we are proud to be one of the first brands to ever feature a celebrity as an integral part of a bingo game,” said OK! Magazine editor Kirsty Tyler.